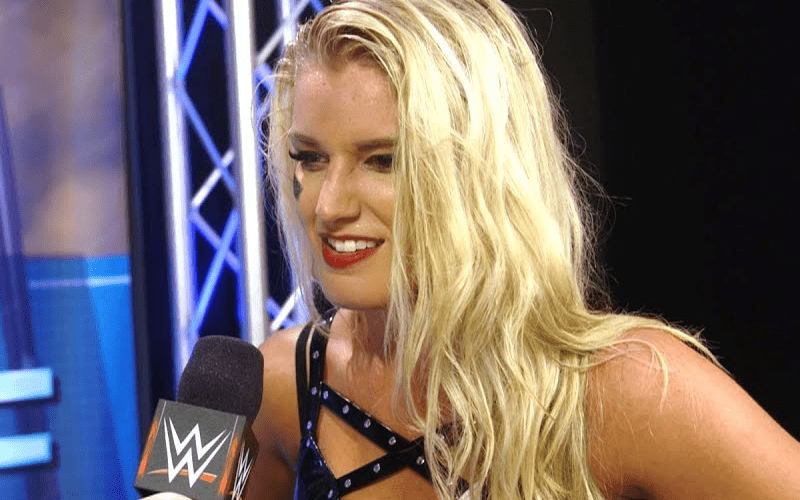 Toni Storm brought a lot of attention to herself when she entered her second Mae Young Classic and she made it all the way to the finals of the big show. She was also in the tournament to determine the first-ever NXT UK Women’s Champion which she lost to Rhea Ripley.

Not it looks like Toni might be injured and this is not a good sign at all. Bryan Alvarez spoke briefly about the subject on Wrestling Observer Live and while he doesn’t have much information about the matter, any kind of injury news is never a good thing. Although he didn’t say whether it will keep Storm from competing in the finals of the MYC against Io Shirai at Evolution, there is still more news developing on the matter.

“I did hear that. I heard that she was hurt, I didn’t head about Evolution. I heard she got hurt. She got pulled from some shows. So I’ll try to follow up on that but I did hear something about that.”

Only time will tell if this is something that could keep Storm out of action for long. But we’re hoping for the best, after all, she didn’t end up in the finals of the Mae Young Classic for nothing.