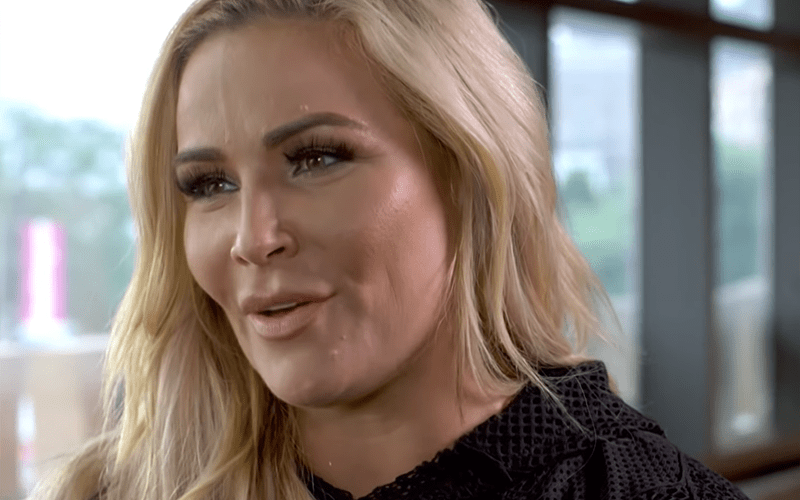 The rollercoaster of emotions that Natalya Neidhart must be going through is hard to fathom. She lost her dad only a couple short weeks ago, but still managed to make a SummerSlam appearance to cheer for her good friend Ronda Rousey. At that event, she wore the same jacket the Anvil wore at the 1990 edition of SummerSlam when the Hart Foundation beat Demolition in an epic 2-out-of-3 falls matchup for the WWE tag team titles. After Rousey’s win, she joined the new women’s champion in the ring for an embrace, and was showered by love and affection from the WWE Universe.

Now, in a new WWE Exclusive, Natalya sends her wishes to anyone that has ever lost a father and reminds us that even when it gets tough, you can still seek guidance…even from those we’ve lost.

Losing a parent, you know, it’s just… it’s tough. But for me I also know that you have to keep going. You have to, and I want to send that message to people too, that are going through a hard time, that, like, bad things happen and sad things happen but at the end of the day we have to keep going. We have to dust ourselves off and we have to get up and we have to keep going. There’s going to be times where I feel really sad and I’m going to break down and cry. There’s been a ton of those, I mean I feel like I’ve cried so much that I can’t even cry at all at this second. But there’s also going to be times where I just want to remember the happy times. I’m not saying goodbye to my dad. Like, I made my mind up that there’s no… we’re not saying goodbye to my dad, because I can talk to him at any time that I want. I can reach out to him, I can talk to him at any time I want. Now I just feel like I have an extra angel in heaven, up there with my uncles, Davey and Owen, and my grandfather, Stu Hart. So many people that have left us before, now they’re going to look after me. And my dad is going to be having one hell of a party in heaven.

Watch her full interview, conducted by Renee Young, below.