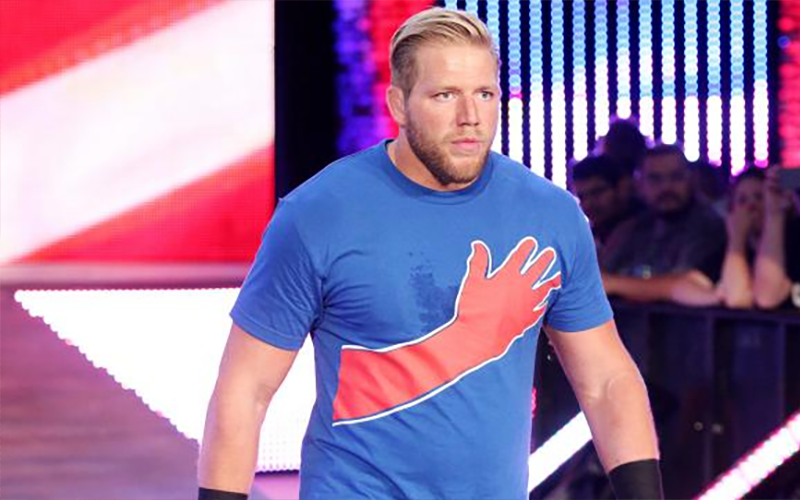 Jack Swagger is a former WWE Champion, but he didn’t receive much in the line of a push toward the end. His gimmick was over and he had crowds all over the place chanting, “we the people!” But it didn’t mean he got a push and he left WWE in 2017 after he was released from his contract.

Swagger recently appeared on Submission Radio where he went into detail about what happened to cause the end of his relationship in WWE.

“Well, you know, the WWE, it’s a dream job, but it’s like any other job where there’s politics and you got bosses that you have to deal with. And so for me, in the great words of Drizzy Drake, the moment I stop having fun with it, I’m done with it.”

“So it got to the point where, not that I wasn’t having fun, because going out there in front of thousands of fans and wrestling, it’s what I’m born to do, but it came to a point where I wasn’t there for the same reasons that they were having me there. Like, I need to compete, and that’s one thing that I take away from leaving WWE, is I’ll never go this long without competing again because it’s a part of who I am. And when I’m not competing is when I will struggle with things because I’m not going 100 percent or focused 100%.”

Swagger has appeared for several promotions since leaving WWE and is currently under a Bellator contract. He’s having a good time at this point, but it’s largely thanks to over a decade with WWE.