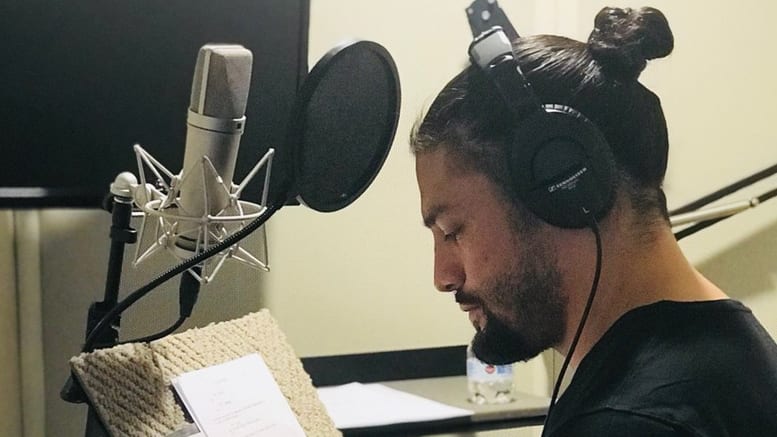 Roman Reigns has had a busy week. Reigns defeated Brock Lesnar at SummerSlam this past week to become the WWE Universal Championship. Now he has landed himself a guest role on a television show.

Before his title defense on RAW earlier this week against Finn Balor, Reigns revealed he had stopped by a recording studio to voice some lines for a role on Disney Junior show Elena of Avalor.

Reigns will be working as a guest on the show, and it is unknown at this time if his character will have a recurring role. However, the show itself is in its second season and among several award nominations, it has won a Daytime Emmy Award in the category of ‘Outstanding Casting for an Animated Series or Special.’

Based on the general reception of the show, it appears to be gaining traction with fans on the Disney platform and if the episode Reigns features in does well, there is a good chance it will open doors for “The Big Dog” in the industry.

Reigns tweeted the following on his role:

#SummerSlam week has been busy, but had the exciting opportunity to be in the studio before #Raw to record a guest role for an upcoming episode of Disney's #ElenaofAvalor! pic.twitter.com/iE1kfAs2we

Have you seen or heard of Elena of Avalor? Would you watch this episode to see Reigns’ performance? Let us know in the comments below.