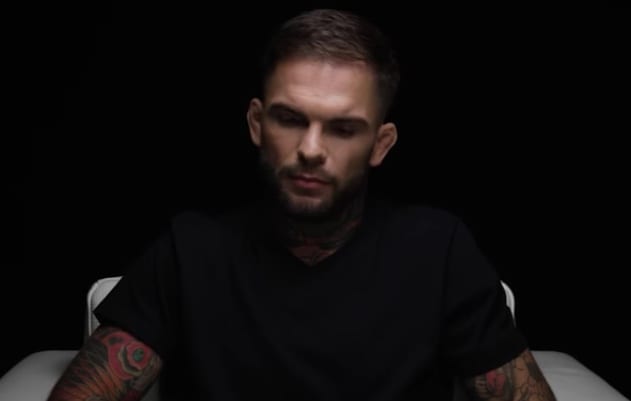 During a recent interview with I Am Second, UFC fighter Cody Garbrandt revealed that he attempted to commit suicide when he was a teenager.

The somewhat shocking revelation comes just a few weeks after No Love was defeated for the second straight time by bitter rival TJ Dillashaw, who walked away from UFC 227 with the Bantamweight Championship. Garbrandt, on the other hand, was left to wonder what could’ve been.

For a while, I wasn’t who I was. I was in a very dark place, a very very dark place, and almost hung myself. And my brother came in the door, and he saved my life. It’s the first time I’m talking about it, but I’ve never been more grateful for him. He just came in and busted down the door and gave me the biggest hug and sat there with me and cried with me and said everything was going to be all right. That was the day that, you know, really was a changing point for me and my life, as well.

In the above video, you’ll be able to hear the man himself talk about the incident, which is also detailed in the transcript.

Many options have been floated around by fans as to what Cody should do next with his career, but in terms of what he’s already accomplished, the 27-year-old should be immensely proud of how far he’s come. Whilst we obviously love watching him as a fighter, the most important thing is that he’s in a great place mentally after everything he’s been through.