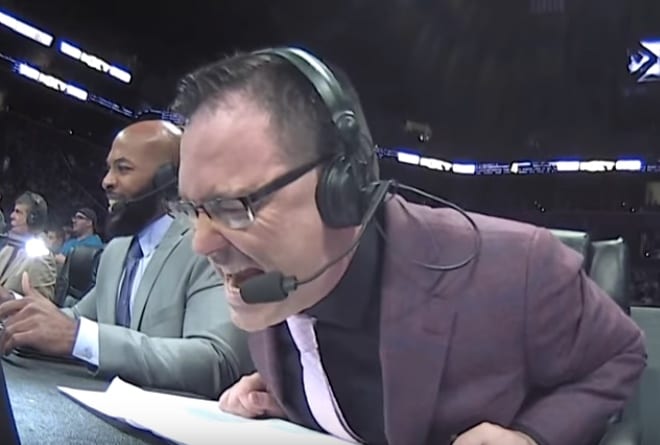 In the wake of Tommaso Ciampa & Johnny Gargano’s fantastic match at Takeover: Brooklyn 4 at the weekend, WWE has released the reaction footage of NXT commentator Mauro Ranallo from the match.

The bout, which was the third consecutive Takeover main event between the two rivals, was extremely well received by a good portion of the WWE Universe. Their rivalry, which has been ongoing for well over a year now, has seen Ciampa take a 2-1 lead in the feud courtesy of his win on Saturday.

Ranallo, 48, is considered to be one of the most versatile commentators in sports today, possessing regular positions with Bellator, Showtime and NXT. He’s well known for his over the top reactions, which is one of the main reasons why so many fans love his work.

Ranallo, who was recently the subject of the Bipolar Rock ‘n’ Roller documentary, has made a career out of his passion for the business – and that was certainly on display this weekend. Ciampa and Gargano’s rivalry has been heavily praised by a parade of wrestling fans, with many calling it one of the greatest WWE feuds of all time.

Given that Ciampa successfully retained his title, many believe that Gargano will soon move up to the main roster – but given that his end goal has always been to capture the NXT Championship, it feels like there are one or two matches left between the duo yet.

Takeover continues to be one of the highlights of any given big four weekend, with Ranallo’s commentary being a highlight for many.