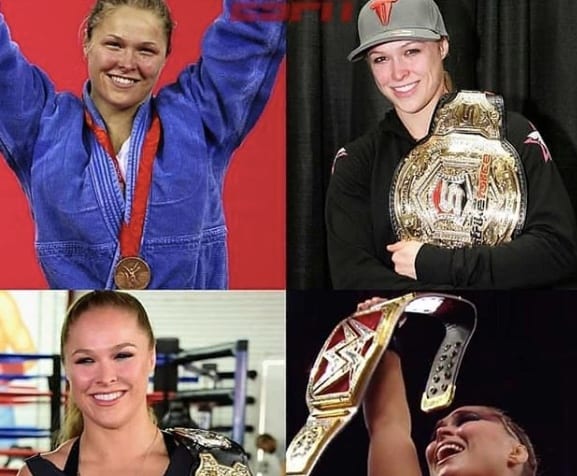 Ronda Rousey won the WWE Raw Women’s Championship this past Sunday at SummerSlam after dismantling former Champion Alexa Bliss in a one sided beatdown.

And with that accomplishment, she became the first woman to ever win an Olympic medal, a Strikeforce Championship, a UFC Championship and a WWE Championship – something that she is well aware of.

Rousey posted a photo collage of her with all her accomplishments on Instagram with the caption ‘I took a long look at this …. and decided I’m entitled to all the ice cream I want this week ☺️??????????????’.

Regardless of what the haters say, if you have a resume like Ronda Rousey does, I think it certainly doesn’t hurt to put one’s feet up and smell the roses a little.