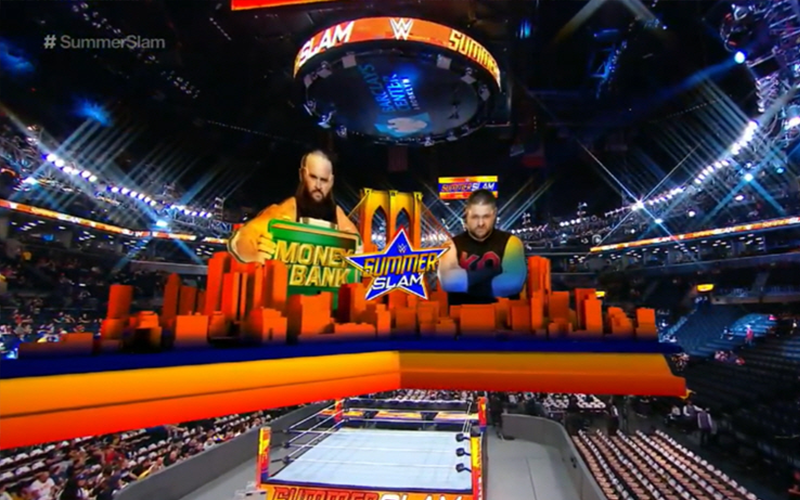 WWE has changed a lot in the past few years and fans have noticed something missing from their weekly television show in the form of pyrotechnics. Only time will tell if they stick with this idea, but it appears they’ve figured out a way to get around not having fireworks on big events.

Joe Peisich from Barnburner’s Fired Up podcast said that WWE is using different graphics instead of the expensive pyro. After all, they can re-use the 3D graphics over and over again as opposed to having something blow up one time.

Of course, WWE lit up Jeddah’s sky during the Greatest Royal Rumble event, but that show was anything but typical.