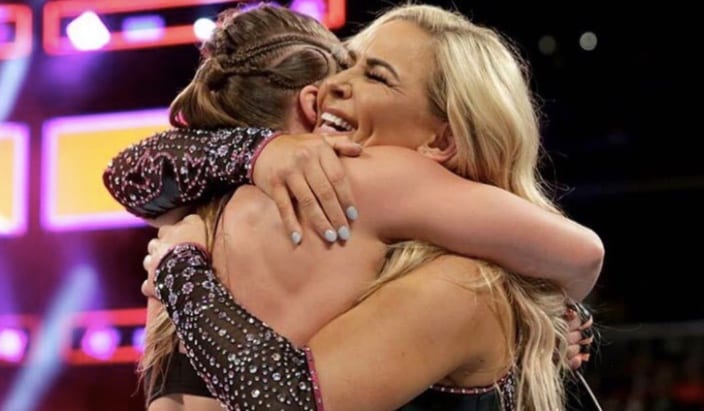 In the wake of her return to WWE television last night at SummerSlam, Natalya has revealed how she felt after making her first on-screen appearance since the death of her father Jim ‘The Anvil’ Neidhart.

The last seven days have been incredibly tough for the former SD Live Women’s Champion, but through the support of her friends, family and the WWE Universe, she seems to be coming out of it as an even stronger individual.

Jim passed away last Monday at the age of just 63, causing the wrestling world to come to a stop as they paid tribute to one of the most underrated tag team wrestlers of all time.

I needed tonight so much. I love my friends at work, I love New York. I love how you’ve all been so wonderful to me this last week more than I could have ever imagined. And I’m looking forward to a fresh start tomorrow… thank you♥️ pic.twitter.com/q944MLhSYj

As you can see in the above post it clearly meant a lot to Nattie for her to be out there last night, as she celebrated Ronda Rousey’s Raw Women’s Championship triumph over Alexa Bliss.

There had been rumours for a while that either Ronda or Natalya would turn heel at some point in order to set up a feud between the two women, but given these circumstances, it remains to be seen regarding whether or not WWE will go ahead with those proposed plans.

Tonight on Monday Night Raw will mark the dawn of a new era not only for the title but also for Natalya too, as she noted herself in her statement on Twitter. Nattie has always been an exceptionally strong and kind individual, and we can’t wait to see her get back to doing what she does best.