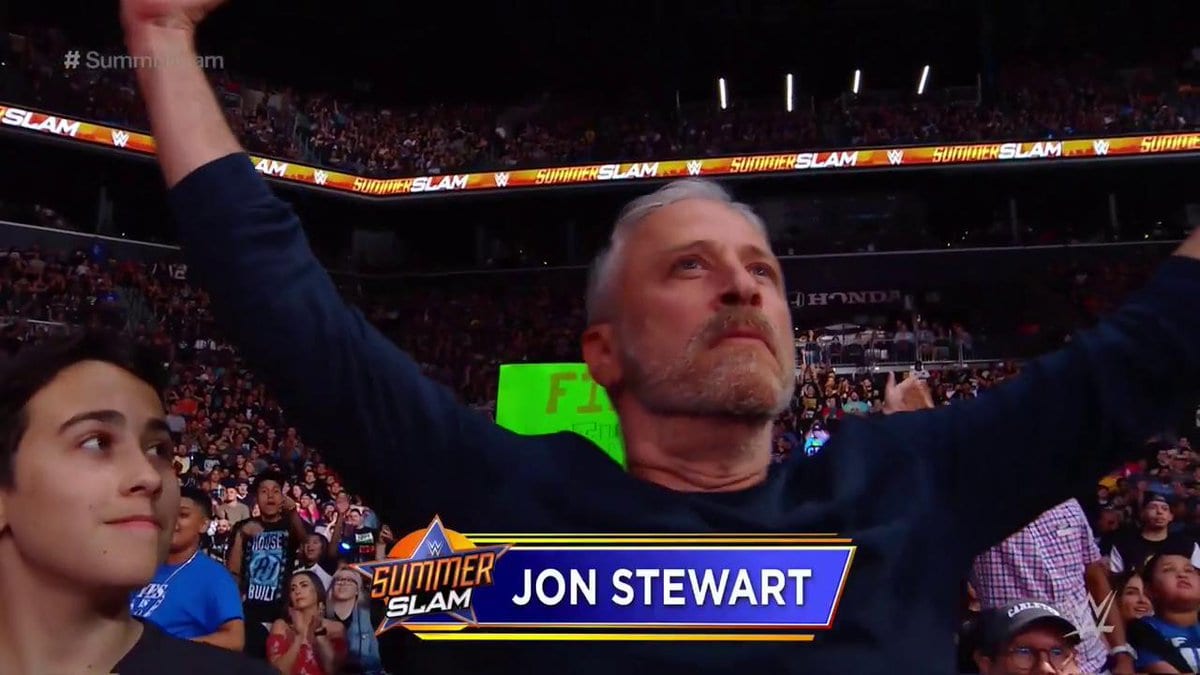 WWE is working overtime at tonight’s SummerSlam event in Brooklyn editing the fan’s reactions. Not only did the fans boo the mention of Ronda Rousey during The Bella Twins backstage segment but Jon Stewart was also booed out of the building when the cameras caught him at right side.

You would have never known this if you were at home watching but our live correspondent in attendance described the crowd tonight as “brutal” and they were definitely not a fan of Stewart at all.

It remains to be seen how fans will react to the Brock Lesnar vs. Roman Reigns match, as many are speculation this match will be hijacked. We will keep you updated.