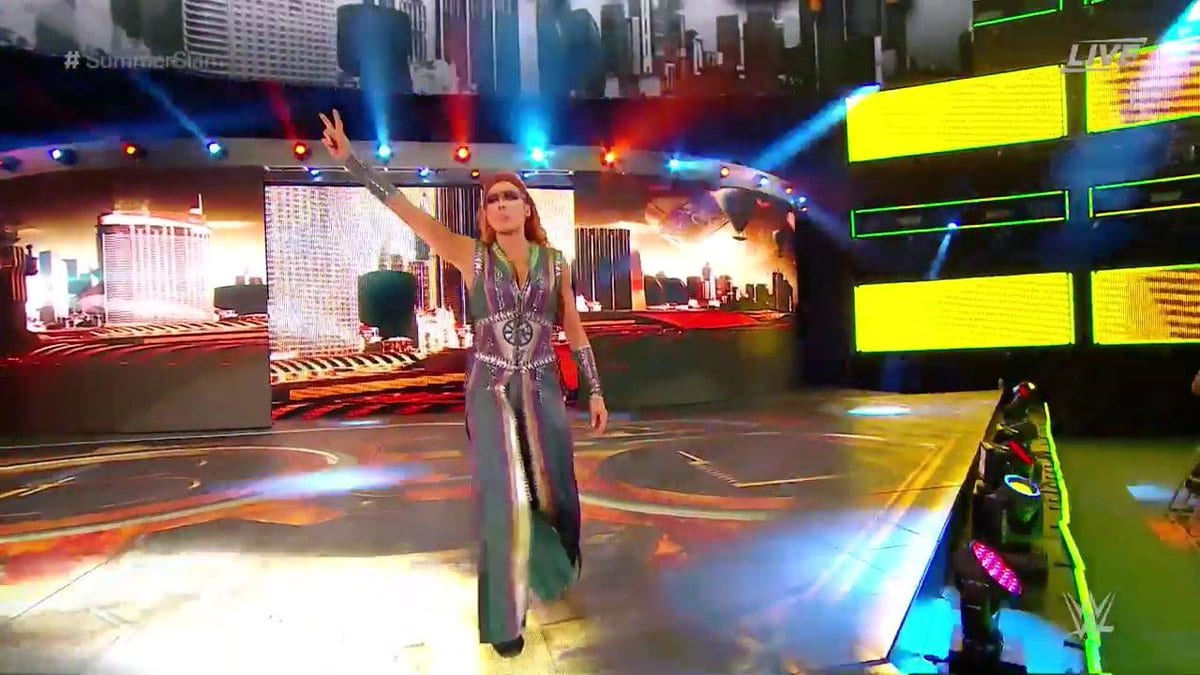 Becky Lynch was very frustrated that she didn’t win the SmackDown Women’s title at SummerSlam. She had Carmella in the DisArmHer, and then Flair came in with a Natural Selection and won the match.

Mella left crying like she was exiting the picture completely. But Charlotte and Becky remained in the ring. After the match was over, the two shared a moment, and then Lynch handed Flair her championship and gave her a big hug.

Then Lynch suddenly threw a huge forearm into Flair’s face and beat her around the ring. She hurled Flair into the barricade and then tossed Flair over the announce table. The announce team really put over Lynch’s new change of heart at the same time while discussing how her frustration hit a boiling point.

As Lynch left, the Brooklyn crowd chanted “you deserve it” at a beaten up but newly crowned SmackDown Women’s Champion.

FRIENDS NO MORE. @BeckyLynchWWE has HAD IT with coming up short!#SummerSlam pic.twitter.com/hKizZbQj0l