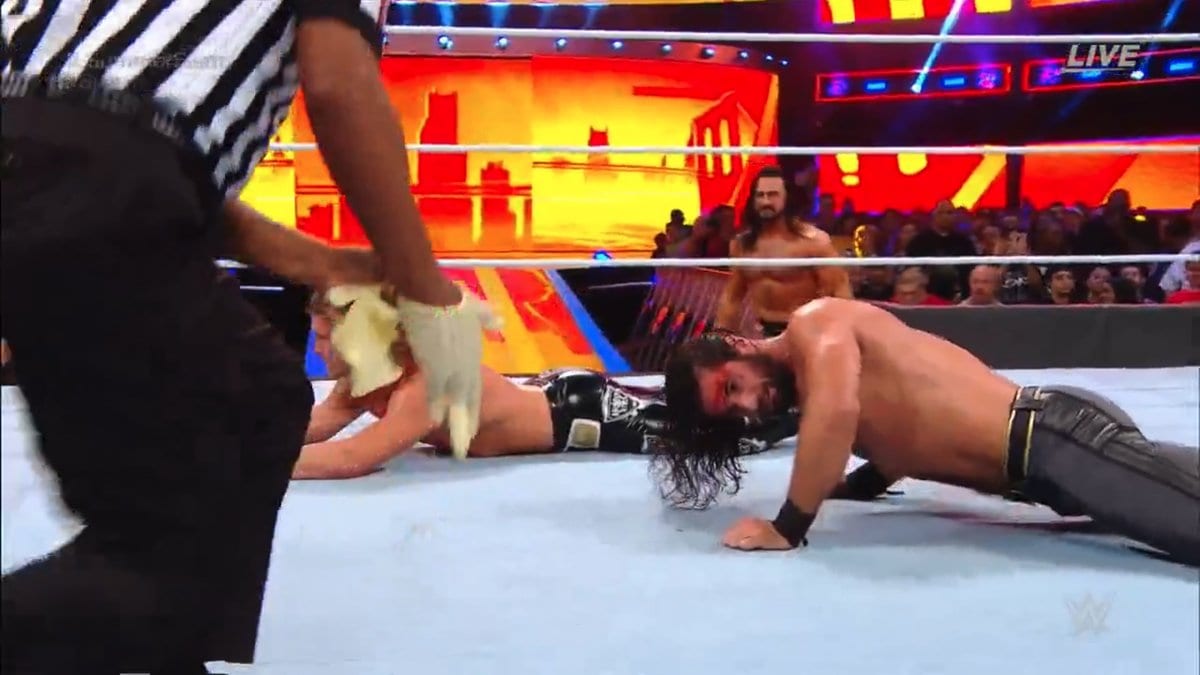 It looked like Rollins took a bump on the top turnbuckle and he immediately reacted to the force of the turnbuckle on the side of Rollins’ face.

As soon as Seth hit the canvas he had to kick out of a two count, but the referee soon got out rubber gloves, as per the procedure in WWE because there was blood in the match.

In the end, Rollins would be able to pull off the victory and walk out of the opening match of SummerSlam with the IC Title. This was a shame considering the fact that Ziggler wore tights with the IC Title on them too, but at least he’ll have those tights.

They were able to stop the bleeding pretty quickly which is a good thing because he needed to wrap things up and win the title.

HE'S DONE IT!@WWERollins STOMPS his way to his SECOND reign as #ICChampion to kick off #SummerSlam! pic.twitter.com/BtJUHKz4AV