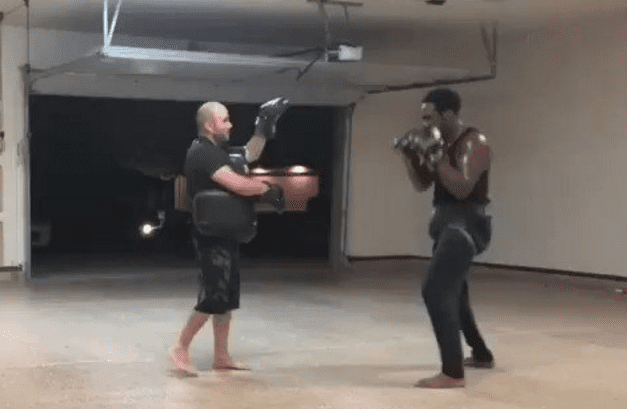 Jon Jones has had plenty of time on the sideline to get into shape and prepare for a potential return later this year. Striking coach Brandon Gibson has been telling MMA media that “Bones” has developed one-punch knockout power, and will be more dangerous than he’s ever been inside the octagon.

Now, a new video released on Jon’s Twitter shows exactly that. That is, him violently smashing some pads and MY GOD LISTEN TO THAT SOUND.

One shot one kill pic.twitter.com/NQv47K1R5V

Jones is currently under suspension for testing positive for Turinabol back in July of 2017, and had his victory over Daniel Cormier for the Light Heavyweight title at UFC 214 overturned as a result. Jones is still attempting to rectify his mistake, and his camp is pretty confident that he will be fighting in 2018.

The question is, if they do get him a fight, who will be on the receiving end of those DEATH BLOWS.