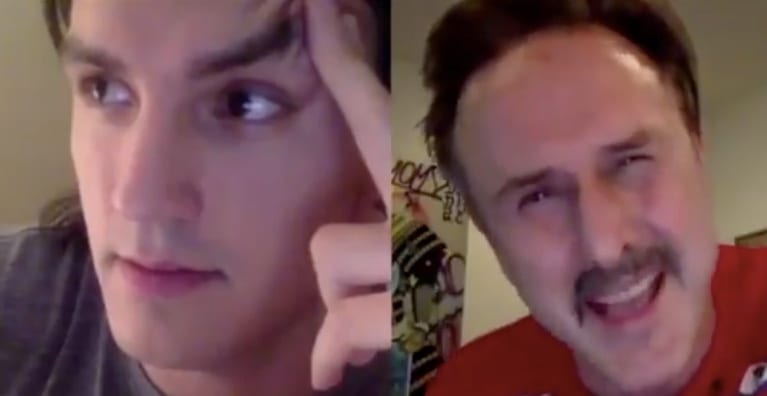 In the wake of his return to the ring earlier this year, former WCW World Heavyweight Champion David Arquette is set to once again step inside the squared circle.

Arquette, 46, is a well-known actor and film director but in the world of professional wrestling, he’s infamous for capturing the World Heavyweight Championship way back in 2000. It was a move that many fans couldn’t believe actually happened, as WCW continued its steady decline towards eventual oblivion.

Alas, it wasn’t necessarily Arquette’s fault, as the majority of wrestling fans wouldn’t have turned down a position like that if it was presented to them

Just when I thought I was out, @DavidArquette pulls me back in.

But as we fast forward to the present it’s clear to see that David isn’t done with professional wrestling and that he wants to end his story in his own way. As such, he’ll be teaming up with RJ City in order to face off against one of the most bizarre tag teams of recent times – Frank The Clown and James Ellsworth.

For those who don’t know Frank The Clown, who dates Noelle Foley, is one of the WWE super-fans who attends the majority of shows and has done for years now. Ellsworth, on the other hand, is arguably one of WWE’s most successful ever jobbers and will likely live off of that reputation for many years to come.

The fans have gone back and forth over social media regarding whether or not this is a good or bad idea, but we’ll soon find out the answer when this tag team showdown occurs for Warrior Wrestling.