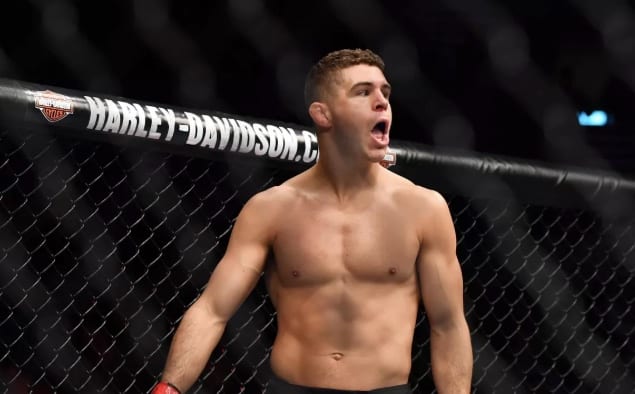 Iaquinta, 31, is coming off the back of a short notice UFC Lightweight Championship loss against Khabib Nurmagomedov at UFC 223. Ironically enough that card was supposed to be headlined by Tony Ferguson himself going up against Khabib, but a freak injury ensured that El Cucuy was stripped of his belt to open the door for Khabib to win the title before eventually setting up the fight against Conor McGregor.

In terms of this fight specifically, it would make all the sense in the world for Tony to come back, purely based on the fact that he’s a fighter at heart who doesn’t enjoy spending time away from the cage.

Just spoke to @ALIAQUINTA. He said he’s finally healthier than he’s been in years.

He wants to fight the recently medically cleared @TonyFergusonXT next. Any card in November (MSG, China, TUF Finale …”)

Trying Too Hard Kid – Like @MoTownPhenom You Both Had Your Chance & Fucked It Up. You Sell Houses, I Build & Buy Em’ -Take Notes- 🇺🇸🏆🇲🇽

Alas, as you can see, Tony clearly doesn’t want to take the risk of facing Al given his position within the company. As it stands right now Ferguson could likely wait it out and face either the winner of Khabib/McGregor or Poirier/Diaz, which would either be a championship fight or a number one contender showdown.

Ferguson has headlined cards in the past and Iaquinta now has the experience of being in there with Khabib, which could wind up being invaluable for his career trajectory and development.

The lightweight division continues to live up to its reputation of being the best in the UFC and all of mixed martial arts, and from this point on, it’ll be interesting to see how this story develops.