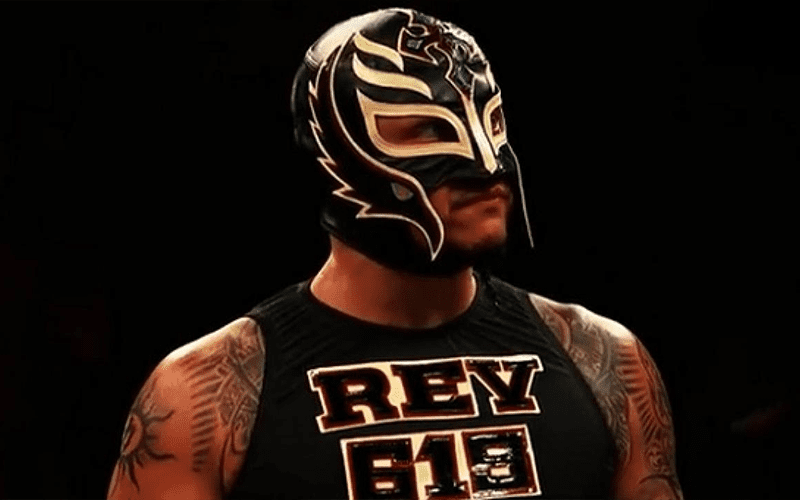 It looks like WWE and Rey Mysterio are getting even closer and just because Mysterio is still allowed to work All In might not mean he’s okay to work whenever he wants at this point.

Mysterio was scheduled to appear at a Northeast Wrestling events on August 24th, but apparently, Mr. 6-1-9 isn’t able to make the show.

“Unfortunately due to his upcoming contractual situation with WWE Rey Mysterio is unable to appear on August 24th,” the indie fed sent out on their Facebook page. This is very interesting wording to throw WWE under the bus for this scheduling change unless something is really going on, and it’s happening soon.

With SummerSlam coming up on Sunday, it might be a good idea to check on Mysterio and see if he’ll be on his way to Brooklyn anytime soon. If anything, you know where he won’t be on August 24th at this point. 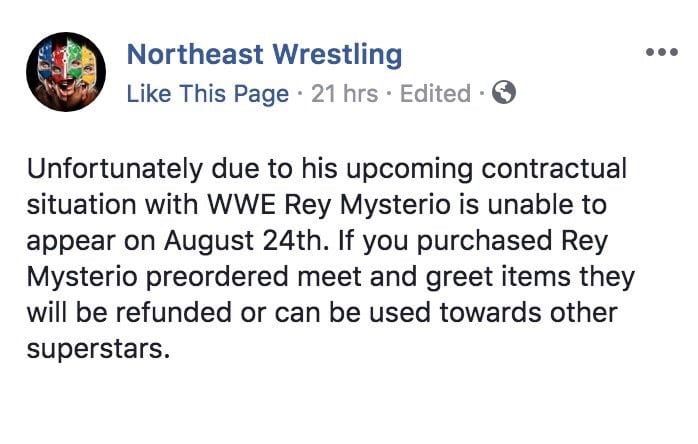