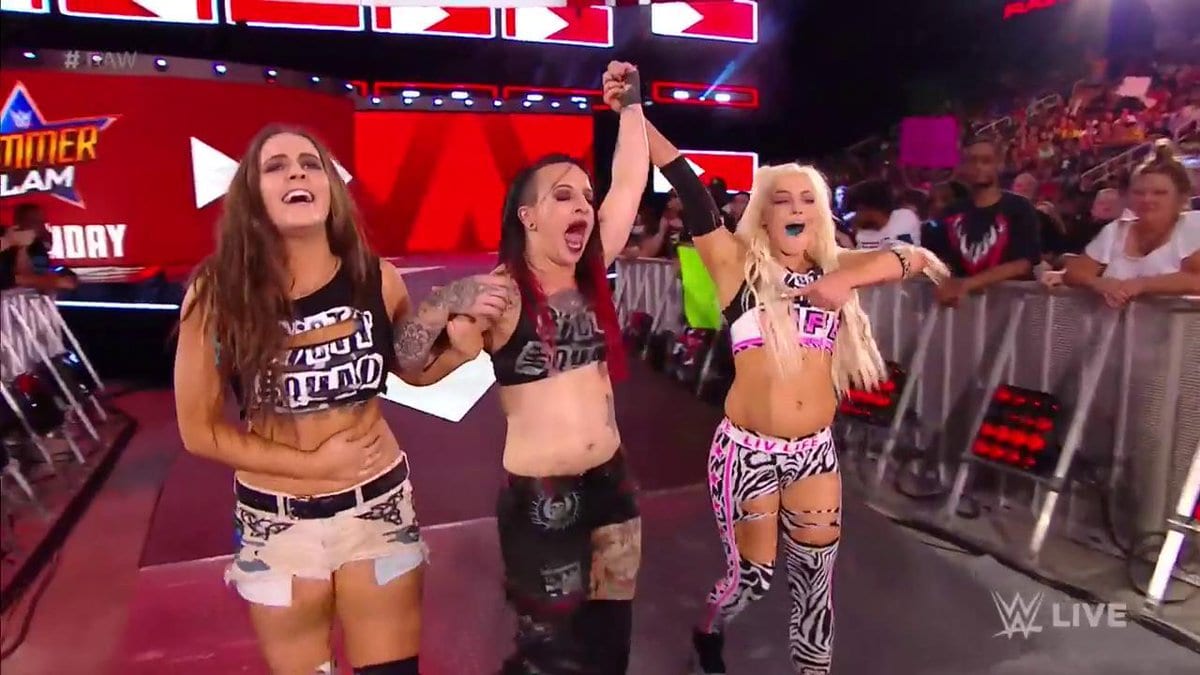 Sasha Banks and Bayley might be getting a lot of storyline attention because of their Boss and Hug Connection team, but The Riott Squad are now back together thanks to Ruby Riott’s return from injury. Now it’s time for Liv Morgan and Sarah Logan to start making waves with Ruby once more.

Riott defeated Sasha Banks on Raw this week and it was a great way to make her actual in-ring return to Raw. A lot of fans were puzzled by the ending, especially considering the fact that none of the women have a match at SummerSlam where they can have a blow-off match, but there’s always more matches down the line.

It was noted on Wrestling Observer Radio that Ruby Riott won the match on Raw this week because she was coming back to television and it was a way to re-establish herself on television.

Hopefully, she can stay healthy so The Riott Squad can continue on to whatever destination WWE has in mind for them. But with Ruby Riott back in action, they now have a pretty valuable piece to the puzzle.