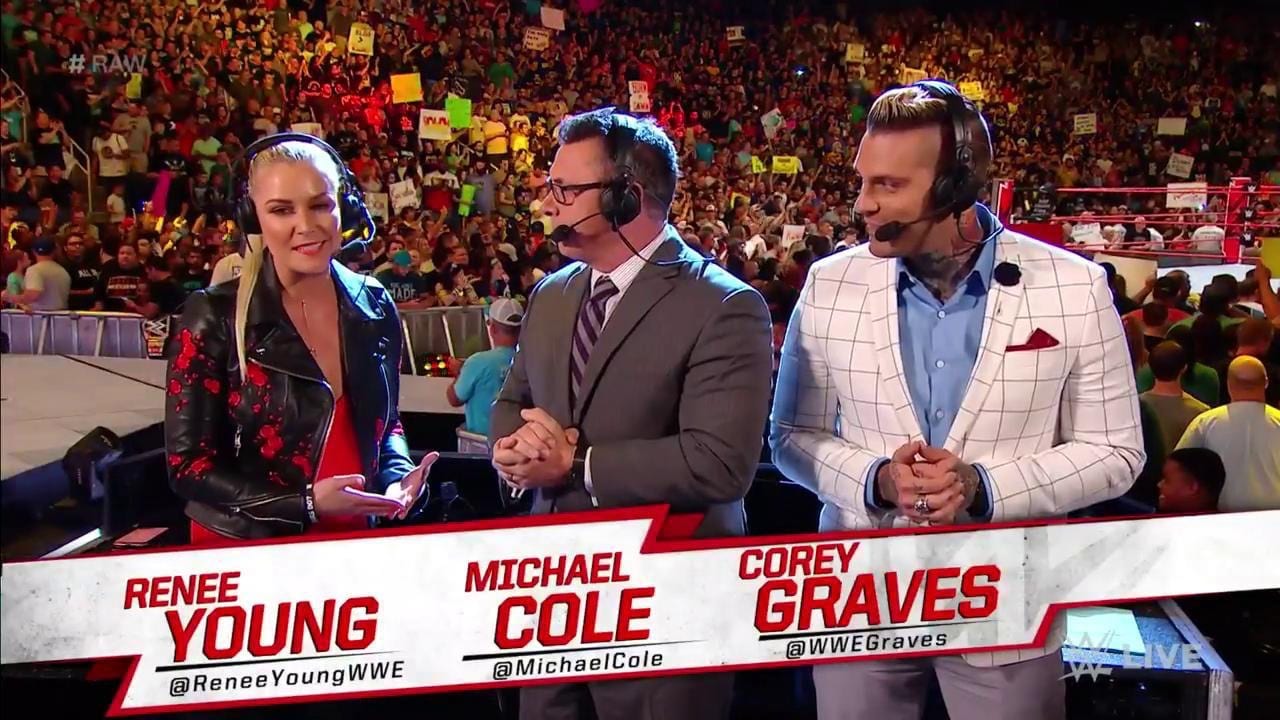 Renee Young made history ahead of October’s big Evolution pay-per-per event. She is the first woman to sit in on an entire episode of Raw.

She didn’t get to say much though, often given less to say than Byron Saxton, but she still had a great time.

It was also interesting timing considering the fact Renee’s husband Dean Ambrose appeared at the end of the show after his long rehab after injury.

Renee commented after the show where she expressed how grateful she was to have the chance. Perhaps she’ll get this gig on a more frequent basis, but if anything, she certainly helped WWE blaze another trail in the Women’s Evolution.

Oh man I’ve had the car drive you let it all sink in. Let me just say my heart is so full. Thank you to @michaelcole @wwegraves @tripleh #VinceMcMahon @StephMcMahon I AM STILL FREAKING… https://t.co/4vEEgZTqzH