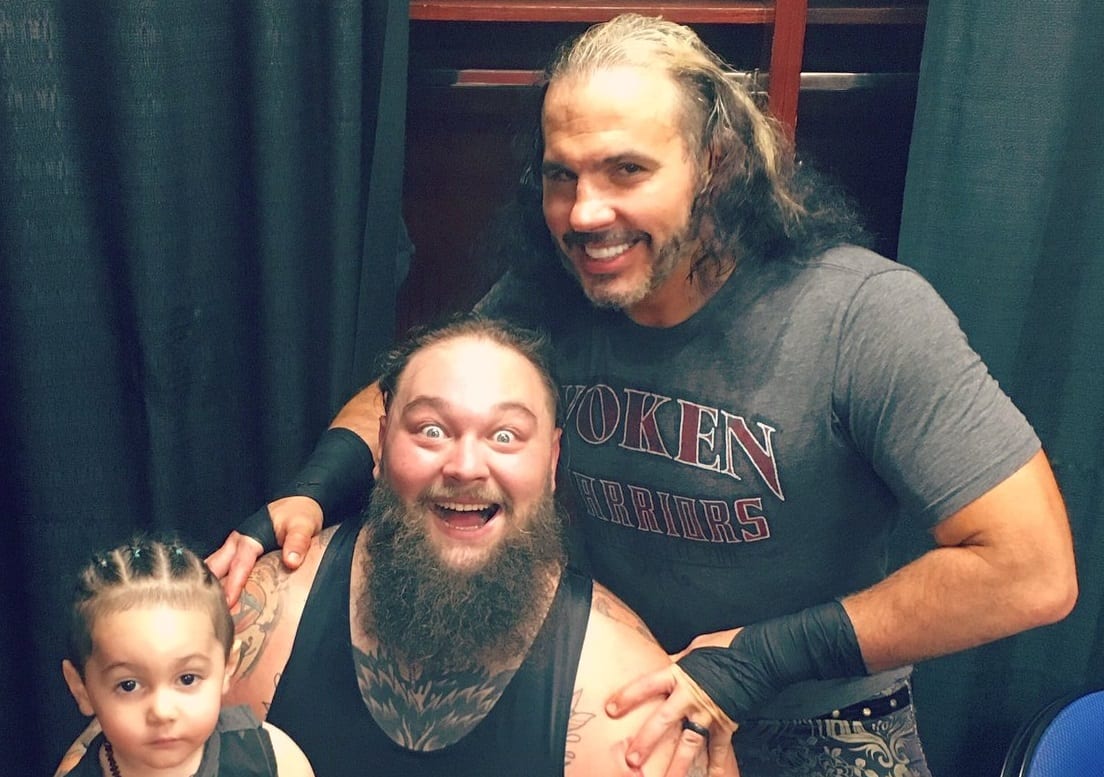 Matt Hardy and Bray Wyatt didn’t win the Raw Tag Team Titles this week on Raw, and from the looks of things, that could be all she wrote for The Deleter Of Worlds.

Hardy posted a picture of himself backstage with his son Maxel with Wyatt saying that he will miss his compeer. It’s been hinted at pretty heavily that the oldest Hardy could be injured after a long career of taking sick bumps, but he did it for his career and the fans. Now he could be paying for it.

If Hardy is really wrapping up his career, a separation from Wyatt would make sense. After all, Wyatt has gotten over in a good way since partnering with Hardy.

If you have any favorite Matt Hardy stories, you can leave them in the comments below. Becuase after saying farewell to Wyatt, who knows how long it will until Matt says goodbye to the rest of us?

Thank you for everything, my COMPEER.. I shall miss you, @WWEBrayWyatt. pic.twitter.com/RYk8E6HCRe