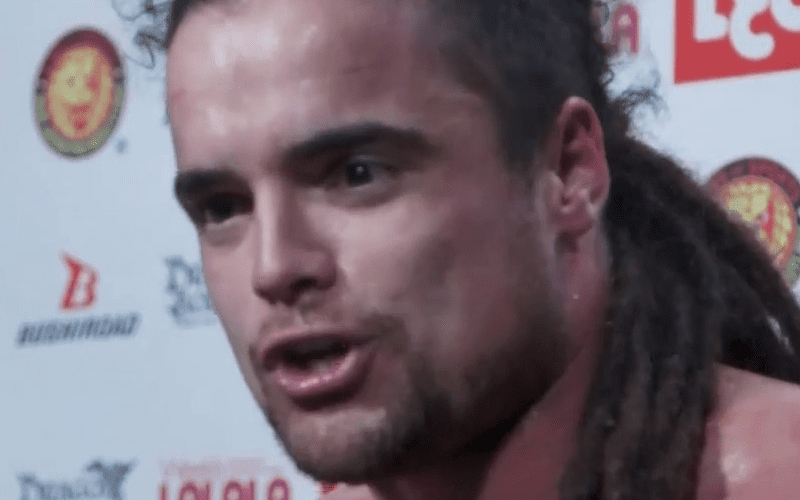 As we previously reported, Cody [Rhodes] returned to NJPW during the last day of the G1 Climax to defeat IWGP United States Champion, Juice Robinson. This lit a fire under Robinson, who now claims Cody is prioritizing his acting career over his wrestling career.

In a promo given to the media, Robinson claims he is not the same man Cody previously fought. He says he wants to bring Cody up to the front of the line and face him for the IWGP United States Championship to prove this. He believes Cody to be a shell of the man he was when he debuted with NJPW.

Check out his remarks below:

“You haven’t been here the last four weeks, with us twenty going at it every single night for the past month in the G1. A Block and B Block. No. You weren’t here. Where were you, huh? I know exactly where you were. You were doing a TV show! A TV show! What’s it called? The Green Arrow or something? Your friend Josh Amen? You know what I’m talking about? Somebody’s got to know what I’m talking about. I don’t know what I’m talking about, because I’ve been here at the G1, alright?! Tama Tonga, Tetsuya Naito, Kenny Omega, Kota Ibushi, Zack Sabre Jr., Ishii. That’s the front of the line. That’s the whole line, alright! You’re at the end of the line, but you know what? This is mine, and I got some say in this. That’s right! I got some say in this.

“So bring your happy ass to the front of the line, because if you think I’m the same Juice Robinson you fought at Wrestle Kingdom 10… well than you’re an idiot… because I am not. I also heard those people cheer for him and chant his name, and that’s ok because they did it before he said those terrible things. That’s ok. That’s alright. But I’m going to prove to you people, all the people here and those watching on New Japan World. All the people over the world. I’m not the same Juice Robinson and he is not the same Cody Rhodes. He was a focused Cody Rhodes then. He was a hungry Cody Rhodes then. He wasn’t a Cody Rhodes off promoting All In with The Young Bucks.

“I’ll tell you this right now Cody Rhodes, I’m going to face you. I don’t care where it is, when it is. I will beg, plead and do whatever I have to do to the New Japan office to get them to move your happy ass to the front of the line, alright? Make it happen! Cody, I’m going to prove to you that I ain’t the same Juice Robinson!”

You can also view the promo below:

Juice Robinson knows exactly where Cody Rhodes has been during the G1. pic.twitter.com/4Aqp2UoDQf

Who do you believe walks out victorious in this match-up? Are you excited for the match? Sound off in the comments below.

(If any portion of this news is used, please credit Ringside News for the transcription.)