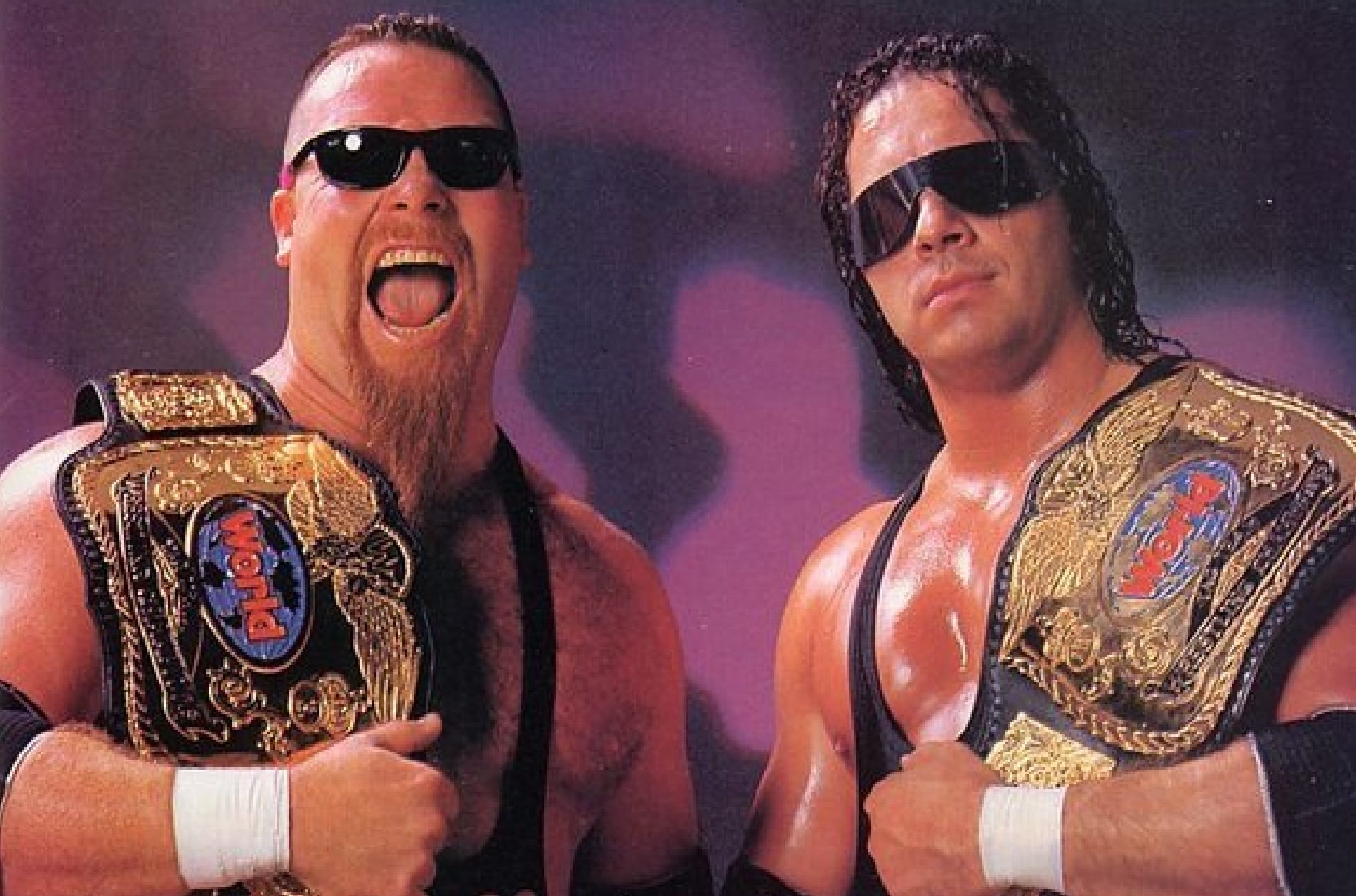 They were known as the Hart Foundation to so many fans who cheered on their favorite Candian pro wrestlers. The Anvil and Hitman were a great team for WWE in the early days of their career, and although the team broke up they were still a family.

Bret Hart was understandably shocked and saddened to hear about Neidhart’s passing. Although we still don’t have an exact cause of death, he had been suffering from a few medical issues even though the family kept that as quiet as possible.

Hart posted a picture of himself with The Anvil from their days as the Hart Foundation. They pulled off pink like nobody else and had a great chemistry in the ring.

Stunned and saddened. I just don’t have the words right now. pic.twitter.com/fcO8Skuuhz