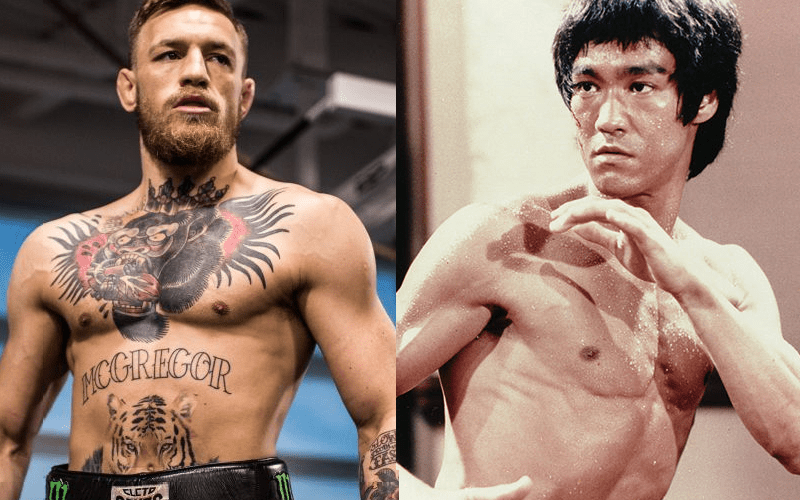 Former two-weight UFC Champion Conor McGregor has compared himself to Bruce Lee, as he continues to prepare for one of the biggest fights in the history of mixed martial arts.

McGregor, 30, has never been shy when it comes to promoting himself – and he’s done it again by aligning his current trajectory with that of legendary martial artist Bruce Lee. The Notorious One is set to return to the Octagon on October 6th at UFC 229, when he finally competes against the undefeated Khabib Nurmagomedov for the UFC Lightweight Championship.

In this short and sweet post, however, Conor sums up why so many of his fans love and idolise him.

First it was Bruce Lee.
Now it is Conor Mac. pic.twitter.com/5cqMZIHH1l

He exudes the kind of confidence that most men can only dream of having, with a certain swagger that convinces the masses that he’s going to do something that would previously have seemed impossible.

One such example of this occurred last year when he continued to proclaim that he’d defeat the one and only Floyd Mayweather in a boxing match, and despite the odds being overwhelmingly stacked against the Irishman, he somehow convinced a large portion of the viewing audience that he’d be able to come out on top.

His odds are much more favourable in this encounter, though, with his power being his biggest attribute against the Russian. Khabib is expected to utilise his outstanding wrestling game throughout the contest, but as the above post by McGregor indicates, he has a series of tools that he can use as he attempts to finish this rivalry once and for all.