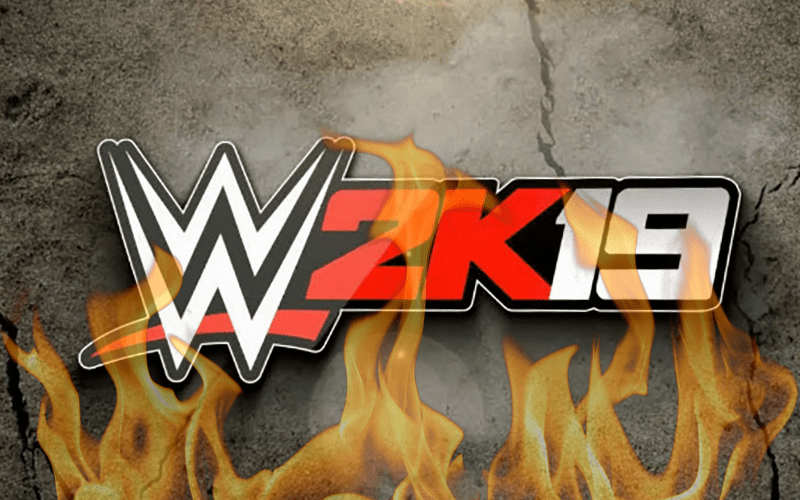 WWE 2K19 is scheduled for release in early October, but if you were to look at the social media related to the game, you wouldn’t know it.

Since 2K Games took over the WWE license after THQ filed for bankruptcy a few years back, they have been met with a mixed-to-critical response by the audience. Following 2K14, the company significantly changed the style of gameplay and removed a number of beloved features in the games to adapt to the new console generation.

While many fans out there are still interested in the series, an increasingly alarming number of users on social media have started to speak out in regards to their unhappiness with the franchise.

With WWE 2K19 just two months away, 2K Games have revealed a small portion of what users should expect with the upcoming video game. Besides a few playable Superstars (two of which are through pre-order), 2K Games have only revealed the Million Dollar Challenge with AJ Styles and an associated mode.

2K revealed on Twitter yesterday a photo frame for users on Facebook to apply so they resemble AJ Styles- who is scheduled to be the cover star of the upcoming video game. This was widely negatively received by users on the platform.

To celebrate @AJStylesOrg ' first screenshot reveal yesterday, we've created a themed photo frame so you can finally have The Phenomenal One's signature locks and gloves!

Hit the link to bring it up on Facebook and share your pics in the replies: https://t.co/wnSy6PRFNY pic.twitter.com/YV0LodqIY2

Most users took to the platform to criticize the company for spending time working on other 2K titles and on items such as the Styles photo frame instead of working on the game.

Here are a few of the tweets we found:

So when the game is full of bugs and glitches we know why.

We know more about a game coming out in December (Smash Bros Ultimate) than your game, stop with this and give us info about the game

Some users had positive experiences, sharing their own screenshots using the photo frame or enjoying the idea, but there is no denying the negative reception this garnered.

It remains to be seen what 2K do with this game, but there are only a few months left before the game is released, so time will tell what happens with the franchise moving forward.

Are you intent on purchasing the game? Do you like the idea of the photo frame or feel it is a waste of time? Sound off in the comments below.