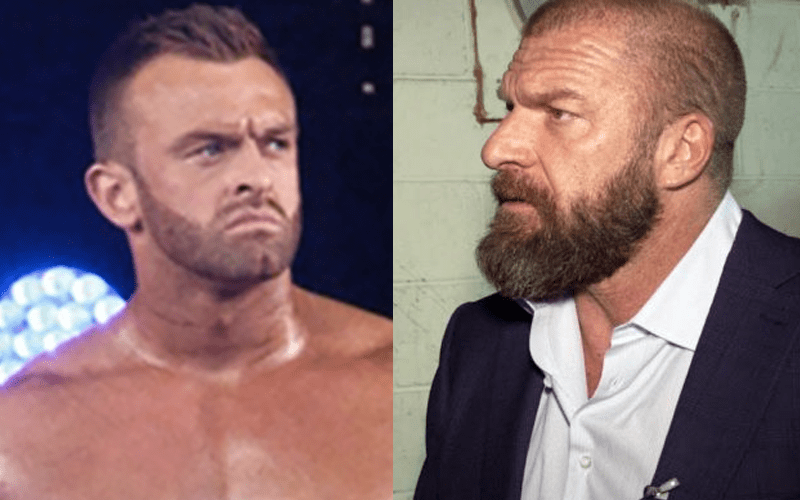 Nick Aldis has been holding the NWA Heavyweight Championship since last December and has openly defended it across multiple promotions against a variety of opponents. His next challenge comes at the supercard dubbed ALL IN on September 1st at the Sears Centre in Illinois against the creator of said event, Cody Rhodes.

With his stock at the highest its been, many assumed that eventually the English-born pro-wrestler would make an appearance for the WWE, but Aldis denied those claims back in July when he said that the WWE higher-ups wouldn’t hire him because of “political bull#$%*.”

Now, in a recent appearance on Bully Ray’s Busted Open Radio, the champ claimed that the man who has the power to sign him to the WWE wants what he has.

It’s my understanding that a certain man who has a lot of power in that company who I have modeled myself after a lot over the years, has a replica of the 10 Pounds Of Gold on his office wall. All I’m saying is if he ever wants an opportunity to hold the real one in his hands, all he’s gotta do is pick up the phone.

It might be a chance for me to prove to the little birds he’s got buzzing around him that have been burying me to him that he’s been making an ill-informed decision when he had the chance.

He never mentions Hunter by name, but it’s obvious who he is talking about, and how serious he is when he lays out the challenge. Aldis would later brag that he makes more money on his own than he ever would with WWE.

People ask me about WWE UK, I’m like ‘are you kidding me? Not to disparage any of those guys but I’ve deposited more money in my bank account in one week than some of those guys are going to make in half a year on that contract.

That’s not a knock on them, yeah? It’s business, but at the end of the day, it’s like, why would I do that? I’m betting on myself.

Listen to the full interview here.