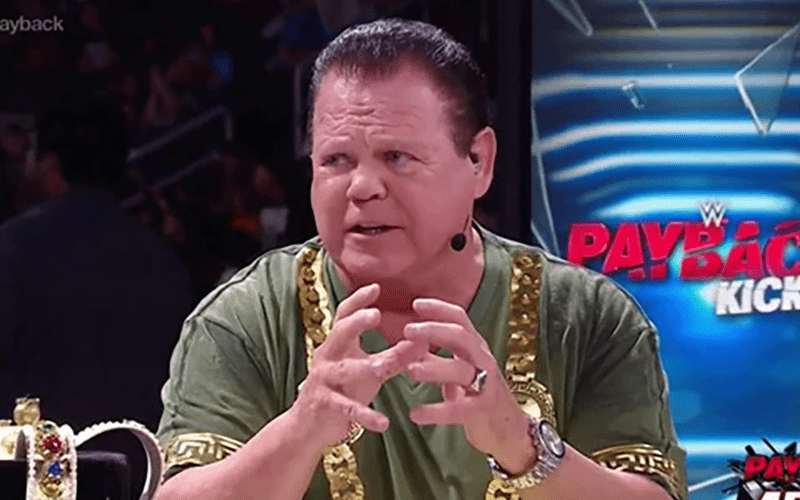 Jerry Lawler has been having a rough few weeks since the tragic passing of Brian Christopher, and has been doing his best to cope with such an incident, even paying homage to his son by wrestling an event in his former Grandmaster Sexy ring-gear.

On the most recent episode of Lawler’s podcast Dinner With the King, the Hall of Famer opens up about the events of the day, including how he knew Brian needed help, and having to identify his body. Most notable, is that Lawler truly believes in his heart that Brian would not have taken his own life, and says that authorities are investigating for foul play.

I have doubts as to whether Brian really did actually commit suicide. The Tennessee Bureau Of Investigation is working on investigating what happened at the jail. I don’t have any results from that yet, but I have my doubts as well.

I don’t want to believe that Brian committed suicide but by the same token, if there is something else involved, I don’t know if it will bring Brian back, I don’t know if it will make it better or worse. We just want to know what actually happened because right now there’s a lot of doubt and a lot of questions that are going to have to be answered in the next few months.

Listen to the full episode here.