Jerry Lawler is joined on today’s show by his co-host Glenn Moore.

This week’s episode will be dedicated to the memory of Lawler’s son, Brian Christopher Lawler, who passed away this past week. Lawler thinks this podcast will be an opportunity for him to vent, by sharing with his friends and fans around the world what he’s gone through over the past few days. He calls these last fews days one of the hardest periods of his life.

Lawler points out that losing his son was devastating, and it’s almost as if he’s been living in a nightmare ever since because everything has been a blur. He informs that he was in Raleigh, North Carolina when he received a phone call from a police officer, who informed him that his son had hung himself in prison. It was a terrible thing to hear, and he wasn’t sure how to proceed. The Deputy then told Lawler that initially there was no pulse, but they had since found a pulse and Brian was trying to breath on his own. 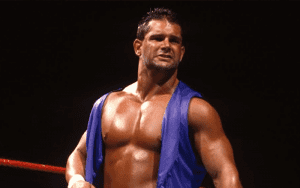 Lawler felt hopeless as he was stuck in North Carolina while the rest of his family rushed to Brian’s side at the hospital. He didn’t want to think the worst, and he continued to hold out hope that Brian would recover in hospital. After catching a flight out of North Carolina he arrived in Memphis and traveled straight to the hospital. When he got to Brian’s room the severity of the situation began to set it.

At this point he realized that Brian was in very poor shape, and was basically being kept alive by machines. At one point in the afternoon a team of doctors sat down with Lawler and Brian’s mother, and told them that although Brian’s brain stem was in tact, the rest of his brain was deprived of oxygen for an extended period of time and there was basically no activity there.