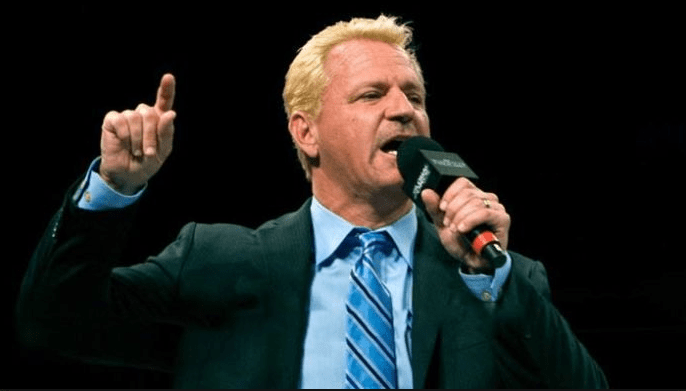 Double-J recently sat down for an interview with the Lock Up podcast, where he discussed his grand return to the WWE, his trials through rehab, and his input on all things wrestling. One conversation that came up was the good ole WCW days, and how essentially its demise led to the beginning of Jarrett’s TNA. When asked whether the WWE would ever completely revive the WCW as a brand.

I don’t believe so. I think you’ll see bits and pieces of what [we saw]. I think that the War Games, the things that, you know, Starrcade last year, but I think they’ll take bits and pieces of that nostalgia and monetize it. But as an overall brand, I think NXT speaks for itself how a smashing success that is that if they’re going to invest in a new brand, it’s gonna be new. And that makes a lot of sense.

Reintroducing WarGames at last year’s Takeover Houston was a big throwback to the good ole Dusty Rhodes days of the past, and a big reason that the yellow and black brand continues to grow in popularity throughout the globe.

What you say RingSide? Would you like to see some of those nostalgic 90s WCW in today’s product?