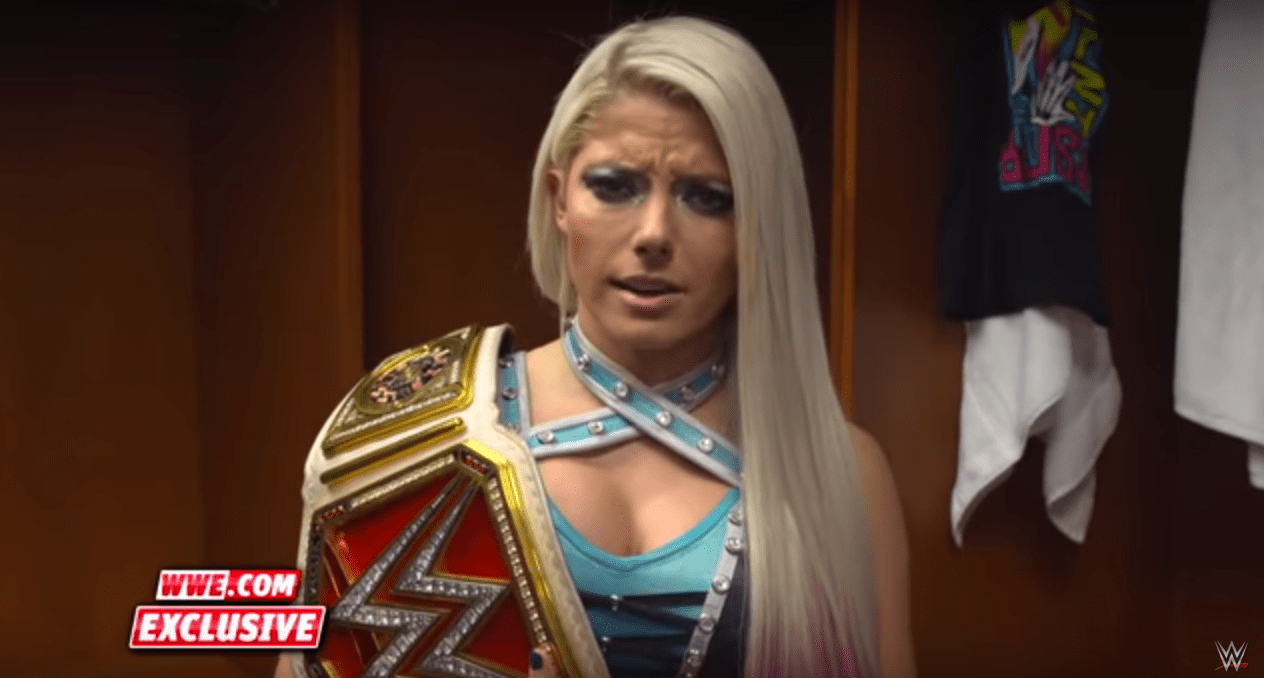 The Goddess of WWE and current Raw Women’s Champion looked mighty terrified of the Rowdy One last night, especially after said Rowdy One completely decimated Alicia Fox in her first singles match on television.

After the show, Alexa Bliss was interviewed for a WWE Exclusive, where she was asked if she could hold onto her title. Alexa claims she is not afraid, and plans to expose Ronda at the biggest event of the summer.

Hold on to my title. Really? I keep getting asked if I’m afraid of Ronda Rousey, ‘the baddest woman on the planet.’ No. I’m the goddess of the WWE. Three time Raw women’s champion. I understand Ronda has her accolades. That’s great. UFC hall of famer. I don’t care. When Ronda goes to SummerSlam and steps in the ring with me she’s gonna see why she’s nothing but an overhyped rookie.

Watch the full clip below.