Ryback sends his congratulations to the new Mayor of Knoxville County, Kane. He points out that Kane is a great human being, a super intelligent man, and a great businessman. He adds that Kane has been a great soldier for WWE for a lot of years, and he hopes that WWE will give him a proper send off at SummerSlam. He thinks Kane has earned the right to do special events or one-off matches at SummerSlam or WrestleMania moving forward. 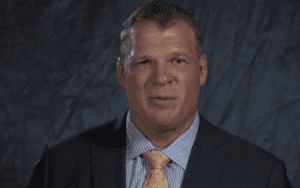 Ryback talks about the recent news that a school teacher in Pennsylvania has been working a Nazi gimmick at independent shows for years. Recently the news broke and now the teacher has found himself in hot water at work. Ryback notes that when you’re a professional wrestler you need to ask yourself if parents are going to be able to look at your character objectively, and then make a decision or judgement call based on that.

In this case parents probably won’t be able to separate the human being from the character he’s portraying, especially in this day and age. On the other hand, Ryback poses the question, “If you’re a parent and this guy is teaching your kid, would you be comfortable with that?” Given that this guy is a school teacher, Ryback thinks he should have known better than to impersonate a Nazi character.