Ryback opens today’s show by discussing the announcement of WWE’s first ever all-womens PPV, “WWE Evolution”. He wonders if any men will be allowed on the show at all, and he jokes that there should be a men’s bra and panties match on the show to make up for all the matches the women had over the years.

He thinks it’s really cool that the women are finally getting a chance to showcase their abilities on their very own PPV, and he notes that it must be especially neat for all the women of the past who had to go through a lot over the years. He points out that this show will be a good payday for the women as well which is always nice. 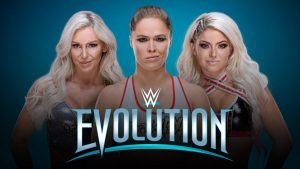 Ryback talks about the unfortunate deaths of Nikolai Volkoff and Brian Christopher Lawler. He points out that Volkoff was a massive human being. He’s unsure if Volkoff ever dabbled in steroids or performance enhancers, but Volkoff was never known for that type of behaviour; he was simply a monster of a man. He notes that Volkoff was very nice to him every time they met, and he was so sad to hear the news that heart trouble took Volkoff’s life. He sends his thoughts and prayers to the family.

He was also very sad to hear the news of Brian Lawler’s passing. He notes that the Too Cool gimmick was extremely over during the attitude era, and while most fans might remember him for his dancing ability, he was an underrated talent in the ring. He points out that a lot of mid-card talents can really go in the ring, even though we might associate them with other parts of their gimmicks. He notes that Lawler will be missed, and he sends his thoughts and prayers to the Lawler family.