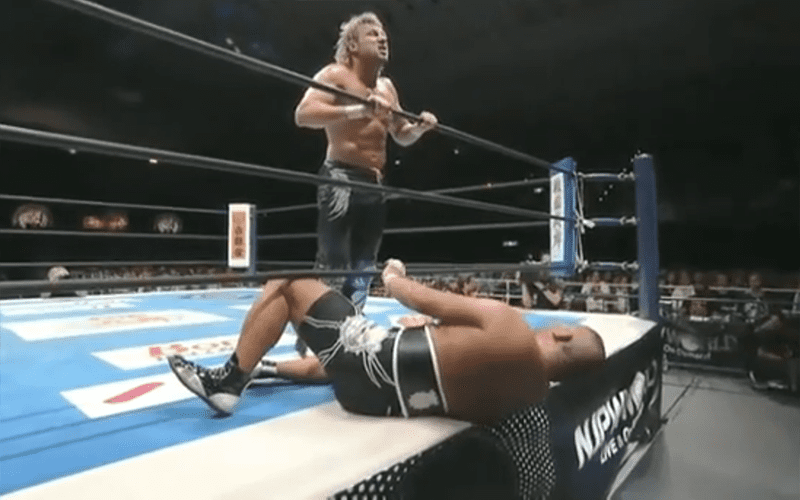 Some fans won’t watch NJPW unless it’s the Japanese commentary. They think it adds to the appeal of the product and to use English language commentary takes away from the matches even if you can’t understand them. The commentary team for the G1 Climax definitely was worth listening to during the Ishii vs Omega match because they let something slip that was downright awesome.

As Kenny nailed a double stomp onto Ishii over the top ropes to the apron that sent everyone crashing to the floor, you can hear the Japanese announcer exclaim, “holy sh-t!” and if you didn’t hear him the first time, he repeated himself.

This is pretty great because even if they don’t know English fluently at least they can swear like us.

NJPW is often filled with profanities because their audience doesn’t understand what Juice Robinson is saying when he’s talking, but since this Japanese announcer used this kind of exclamation, it makes you wonder how much of it they really understand.