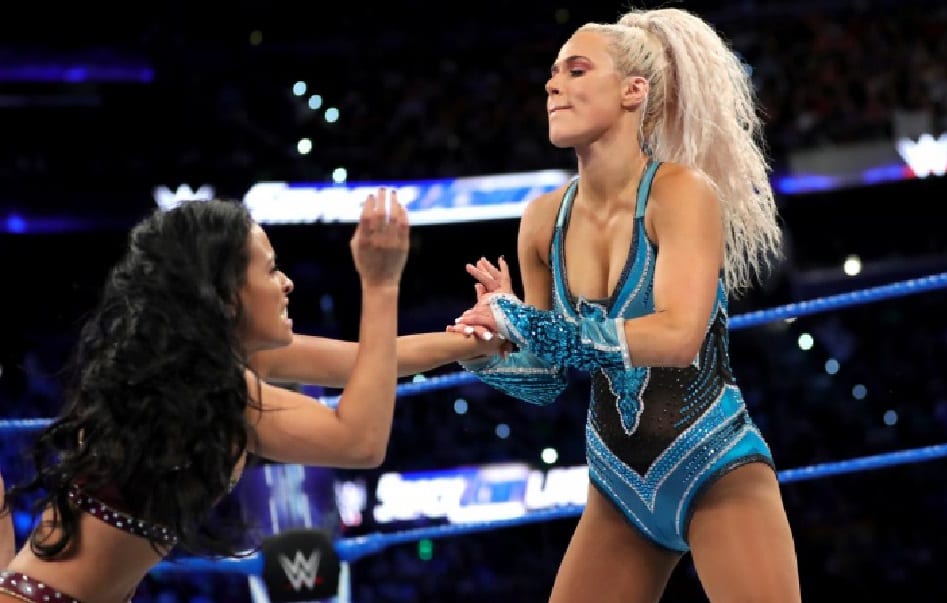 Zelina Vega ended up making Lana very sorry for tangling with her this week on SmackDown Live, but some fans weren’t too excited to see the two throw down in the ring. After all, they’re both in a huge need for more experience before they get a stage like that.

It was mentioned on Wrestling Observer Live how Lana and Zelina Vega got a lot of time on the show and the idea was put out there to fire the person responsible for booking such a long match between the two.

Bryan Alvarez commented saying it was probably Vince McMahon’s call to make Vega vs Lana so lengthy. If he didn’t intend on the match being that long, then it wouldn’t have been.

Therefore, if you didn’t enjoy Lana vs Vega on SmackDown Live this week, you can probably blame Vince McMahon because after all, he really is the final deciding factor before anything goes down on WWE’s television shows.