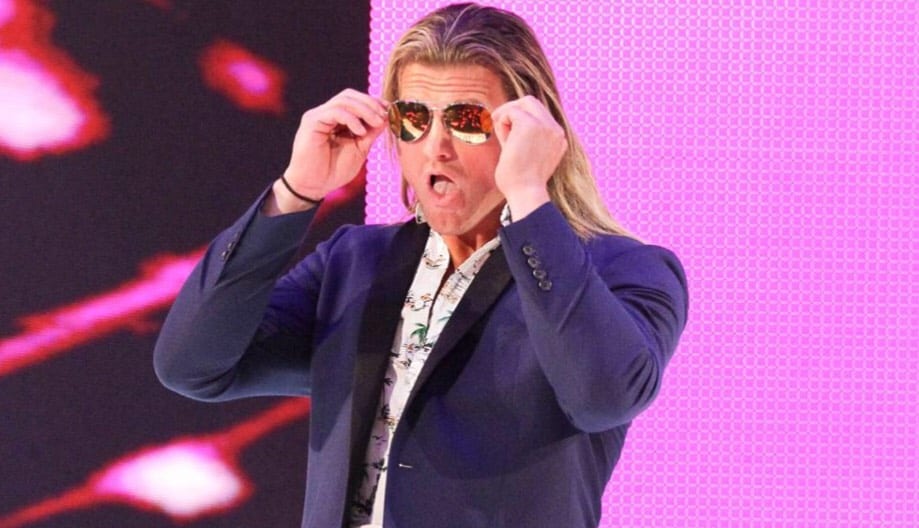 Dolph Ziggler had a new look on Raw this week. The IC Champion came out in a button-up shirt and his hair wasn’t tied back into a ponytail as it normally is.

Some fans didn’t recognize The Show Off from the back of his head alone, and that was probably Dolph’s intention.

Ziggler said he calls his new look, “David Lee Roth crashes a party in the hills, and then realizes it’s his own house.” Then he called fans “marks” and said that pro wrestling was born and died in the Attitude Era. It was a classy tweet.

Dolph’s new look is different, but it won’t help him hold onto the IC Title when he faces Seth Rollins at SummerSlam. But we do have to give Ziggler’s new look our nod of approval. If anything, he needed a change to his look and he certainly pulls it off.