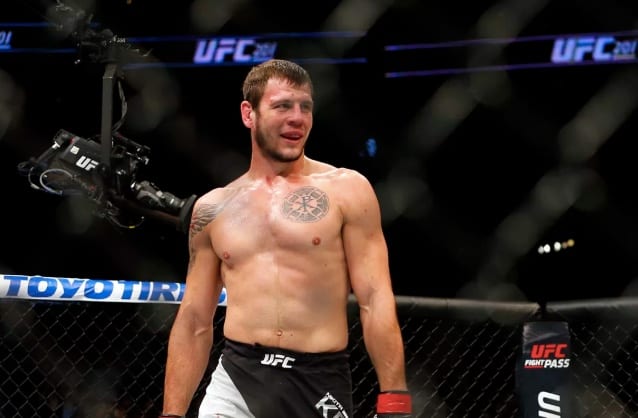 The UFC has confirmed that one of the most exciting light heavyweight prospects in MMA today, Nikita Krylov, will be returning to the octagon at the promotion’s upcoming debut event in Moscow where he will face Jan Blachowicz.

The 26-year-old holds a 6-3 UFC record dating back to August 2013, with his last fight before leaving taking place in December 2016 at UFC 206. Since then he’s put together a four-fight winning streak, with three of those victories coming with the always popular Fight Nights Global.

Krylov’s 24-5 record makes him one of the most seasoned twenty-something fighters in all of mixed martial arts, with his story beginning back in 2012 when he competed in an unbelievable 13 fights between July and December. He’s also viewed as an incredibly exciting competitor, too, with none of his 29 professional bouts going to a decision.

Nikita’s return won’t be an easy one, though, as he’ll come face to face with Jan Blachowicz. The 35-year-old is currently in the midst of a three-fight win streak, with his biggest triumph in that run coming back in March when he defied the odds to defeat Jimi Manuwa in his hometown of London.

To say that the UFC is going all out with their debut trip to Russia would be an understatement, with the company actually issuing a press release earlier today that details the current card in full – which includes the return of former UFC heavyweight champion Andrei Arlovski.