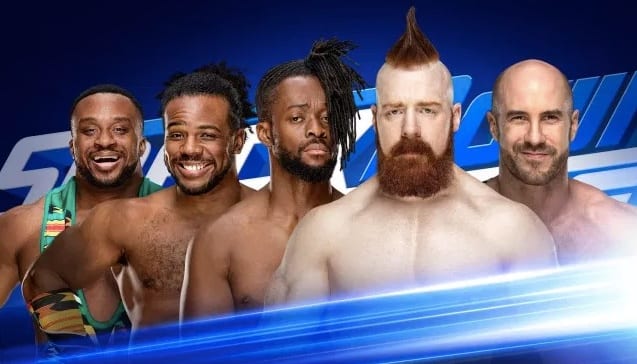 As seen on Sky Bet, the betting odds for next week’s big showdown between The New Day & The Bar on SmackDown Live have been released.

The two teams are set to battle it out for the right to face The Bludgeon Brothers at SummerSlam for the SD Live Tag Team Championships, following Harper & Rowan’s decisive victory over Team Hell No last month. The tag division has really been heating up on the blue brand with several different partnerships meshing together to make for a series of high-quality matches, and it seems as if we’re in store for another when The New Day & The Bar go head to head next week.

The SD Live tag titles have been around since the brand split back in 2016, and in that time there have been nine different reigns with The Usos holding the two longest at 182 and 124 days respectively. With 112 days holding the championships under their belt, it seems as if The Bludgeon Brothers are well on their way to outlasting Jimmy & Jey at the top of the history books, with their current run being arguably the most dominant throughout the entire lineage of the belts.