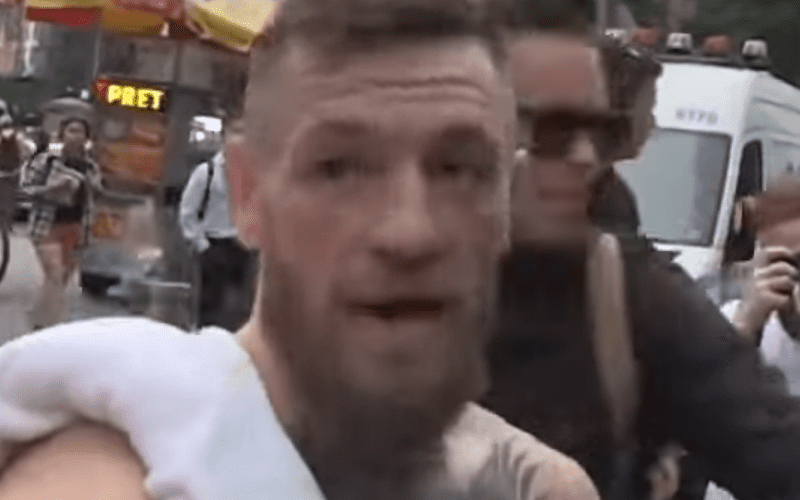 As seen in a video released by TMZ Sports, former two-weight UFC champion Conor McGregor has confirmed that his return to the octagon is ‘close’ after also praising former rival Jose Aldo.

McGregor, 30, was out for a run in New York City when he was engaged in conversation by TMZ. The Notorious One had some respectful comments regarding the aforementioned Aldo’s recent victory over Jeremy Stephens, which was the Brazilian’s first stoppage victory since 2013.

I was so happy for him. Honestly, truly happy. Did you see the joy he had after it? It’s a crazy business and I know he’s gone through a lot of stuff, so to see him come back with that great finish, I was very happy for him and his coach Andre Pederneiras. The whole of Ireland was happy for Jose Aldo that night.

When the reporter then questioned McGregor regarding how soon we may see him getting back inside the cage, he provided a positive update.

Yes, very close. It’s not official but we’re close. I believe so, I hope so [that the fight will happen in 2018]. I’m pushing it. I’d love to fight in The Garden again, but I believe this one is in Las Vegas.

The final sentence seems to indicate that the proposed date of October 6th at UFC 229 could be accurate, meaning that we’re likely just weeks or potentially even days away from a fight being officially confirmed. The obvious opponent for Conor would be UFC lightweight champion Khabib Nurmagomedov, with the two men having a storied history that would make this one of the biggest fights in the history of mixed martial arts.