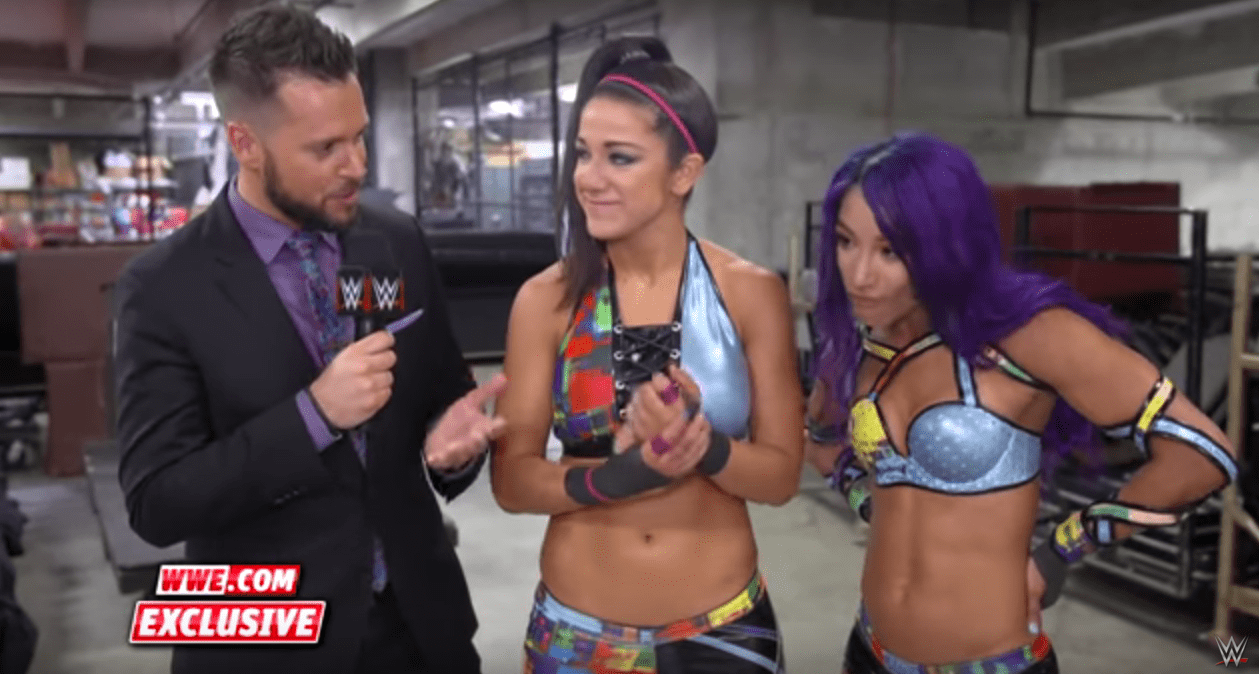 After years of animosity and build-up tension, Sasha Banks and Bayley are finally seeing eye-to-eye. The duo scored a decisive victory over the Riott Squad and dubbed themselves “The Boss ‘n’ Hug Connection” with matching ring gear to boot. Post-Raw Mike Rome (who was also assaulted by that dastardly Universal Champion Brock Lesnar) caught up with the two former world champions in a Raw exclusive to see if there was any left-over friction. Sasha and Bayley responded…by hugging each other and smiling the entire time.

Does this seem to confirm that the women’s division will be getting a tag-team title scene soon? If so, there doesn’t seem to be a better duo to take home gold.