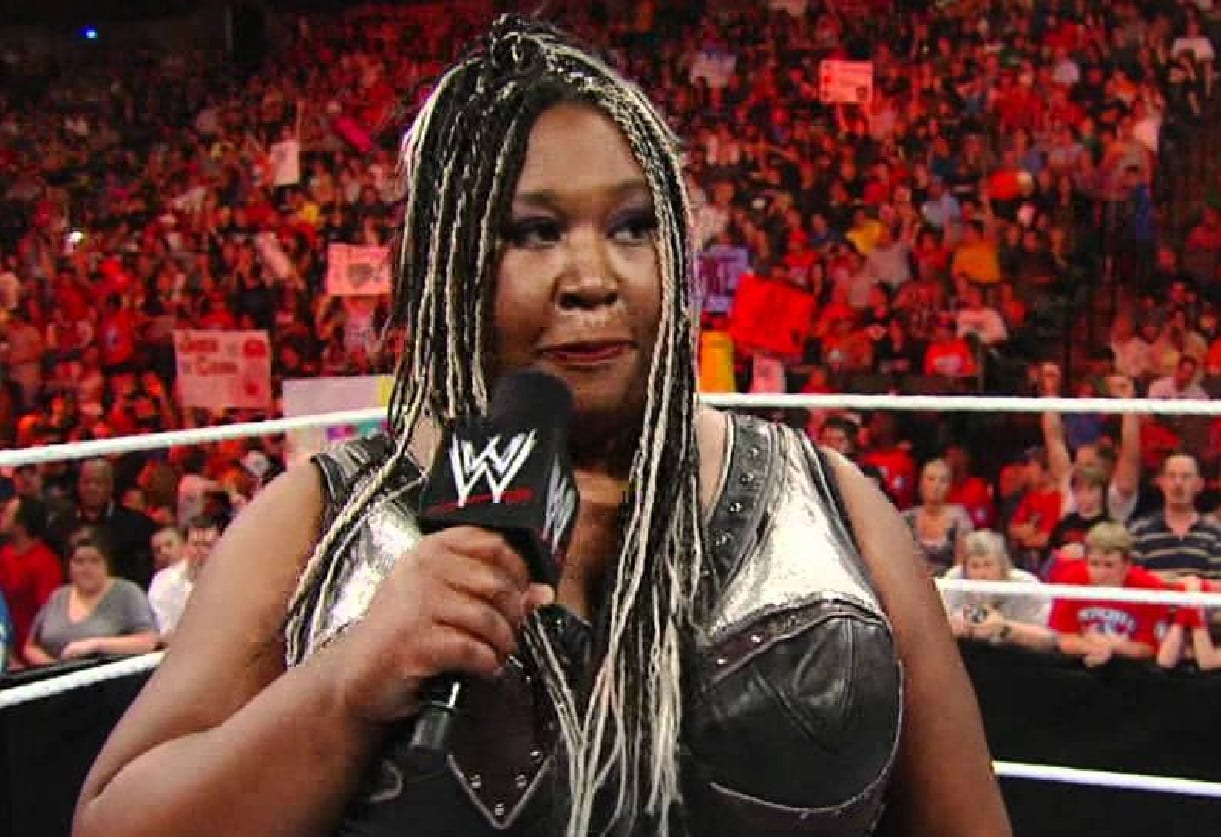 Awesome Kong wrestled in WWE for a very short time as Kharma, but she left the company without making much of an impact. With Evolution coming up soon and WWE looking to bring in a ton of female talent, her name came up on Wrestling Observer Radio as someone who could make an appearance.

Dave Meltzer revealed that the company probably hasn’t gotten over how Kong left WWE in the first place. After all, she did fake a pregnancy to get out of work and then just never came back.

“Yeah, I think they haven’t gotten over the fact that she was pretending to be pregnant when she wasn’t. That really — the story is somewhere in the pregnancy she lost the baby but she still pretended to be pregnant for months and didn’t come back and didn’t tell anyone.”

“It’s hard when you’re a company and someone does that to go, ‘okay let’s give you your job back.’ You know if you’re John Cena, you can get away with it but he’s probably not getting pregnant.”

“That’s basically it. She had already lost the baby and she was still telling them that she was pregnant. So it’s kind of like, they kind of think you’re kind of a nut case. But now that she’s on GLOW and if they think there’s any money to be made off it, then sure.”

Only time will tell if Kharma comes back to WWE for Evolution, but she’s pretty busy as Kia Stevens, her real name which she uses to snag acting gigs at this point in her career.