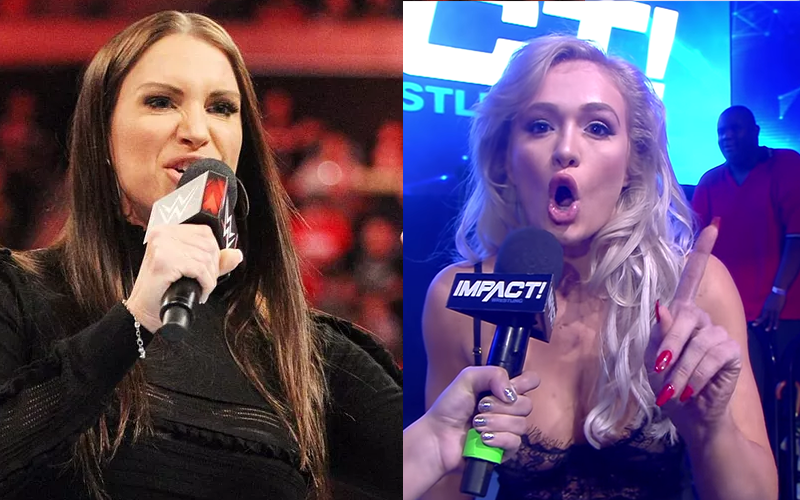 As seen on Thursday’s episode of Impact Wrestling, Scarlett Bordeaux made her debut with the company and cut a very interesting promo that got a lot of people talking.

Bryan Alvarez discussed her character on Thursday’s installment of Wrestling Observer Radio and mentioned that her character is basically the same one that Sable had during her run in WWE.

“Scarlett Bordeaux’s character is that of a female wrestler from WWE in the late 1990s. She’s Sable. She wants to show as much skin as possible and she does not want to be “hot-shamed.”

Bryan Alvarez speculated that the Bordeaux’s promo was a spoof of Stephanie McMahon’s recent promos on the Women’s Evolution movement in wrestling.