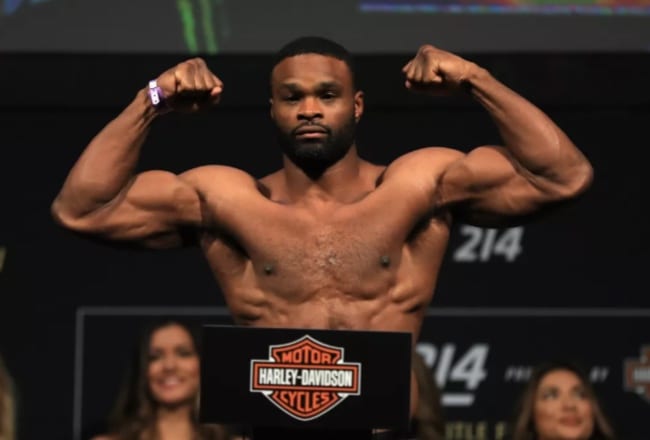 UFC welterweight champion Tyron Woodley has revealed that he will still go ahead with his scheduled fight against Darren Till at UFC 228 even if the Liverpudlian misses weight.

During a recent live video on his Instagram, the 36-year-old spoke candidly about the entire situation surrounding his upcoming title defence against Dallas, Texas – including former interim champion Colby Covington and what would happen if Till doesn’t hit 170.

If Till misses weight we’re still gonna fight, it just won’t be a world title fight for him and he’ll have to forfeit a percentage of his purse, this is a big fight for him. It’s a world title opportunity and my gut says he’s gonna rise to the occasion. Whatever problems he had in the past with making weight, I believe he’s gonna make it.

Tyron Woodley is no stranger to controversy and has consistently been a source of frustration for many MMA fans throughout his title reign. The champion isn’t shy when it comes to voicing his opinions, and some may be surprised to learn that he’d be willing to fight The Gorilla in a non-title bout if he isn’t able to hit his mark.

Till, 25, has twice missed weight in the Ultimate Fighting Championship, including his most recent fight against Stephen ‘Wonderboy’ Thompson. A video that was released in the aftermath of his victory over the American showcased the physical toll that the weight cut took on his body, which has worried many ahead of what is undoubtedly the biggest moment of his professional career.

UFC 228: Woodley vs Till will go down on September 8th at the American Airlines Center in the Lone Star State.