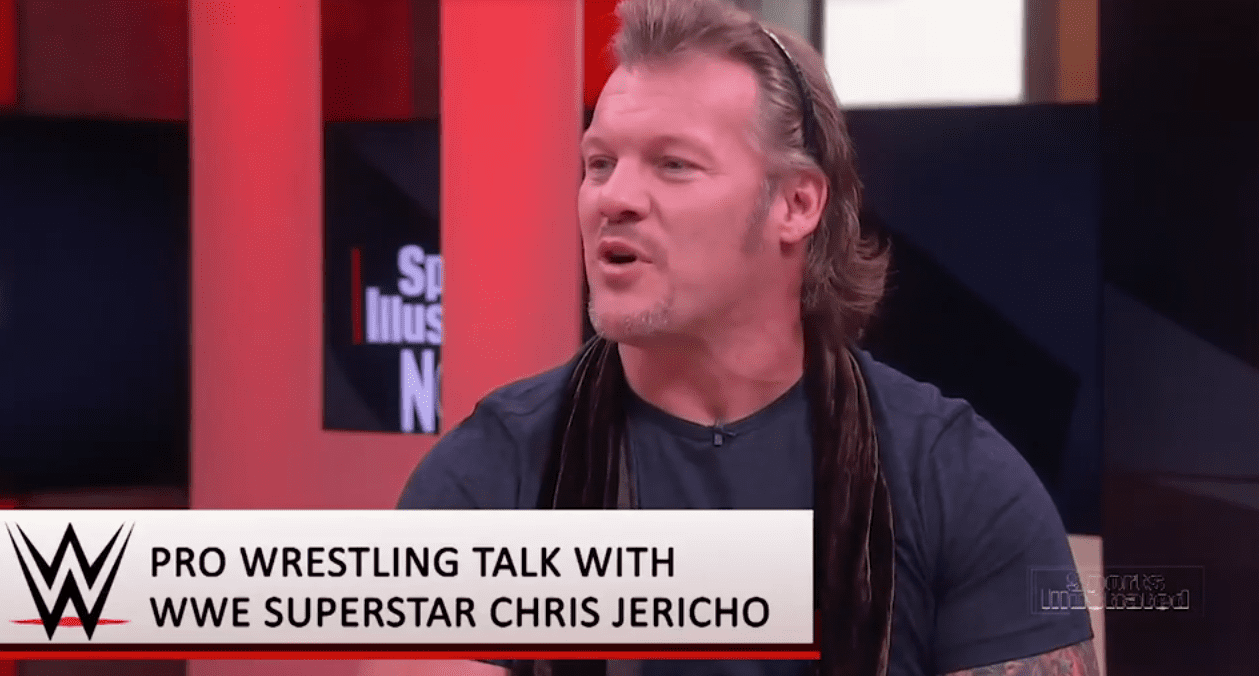 Chris Jericho recently spoke with Sports Illustrated to hype up his Rock ‘n’ Wrestling Rager at Sea cruise this coming October. On that cruise, the current IWGP Intercontinental Champion offers a one time only matchup, as he and the Young Bucks take on Kenny Omega, Marty Scurll, and Cody Rhodes in what has been dubbed Bullet Club versus Alpha Club.

During Jericho’s interview he opened up about the differences between his WWE character and his New Japan character, and how with the “shackles off” he can afford to become more unhinged.

The New Japan Jericho is not WWE’s Jericho. This, once again, distances those two characters from each other, which is exactly the way I want it. I’m always about reinventing myself, evolving and changing. That helps you stay current, helps build your brand, and gives you longevity.

We did the original beatdown with Kenny and got some blood going, which you never see in the WWE nowadays, and we did the press conference where I was swearing and attacking reporters. You can’t do that in WWE, but you can in Japan. Just to have those shackles released, it just felt like all of these things led to more of a Bruiser Brody character than a Shawn Michaels-type vibe.