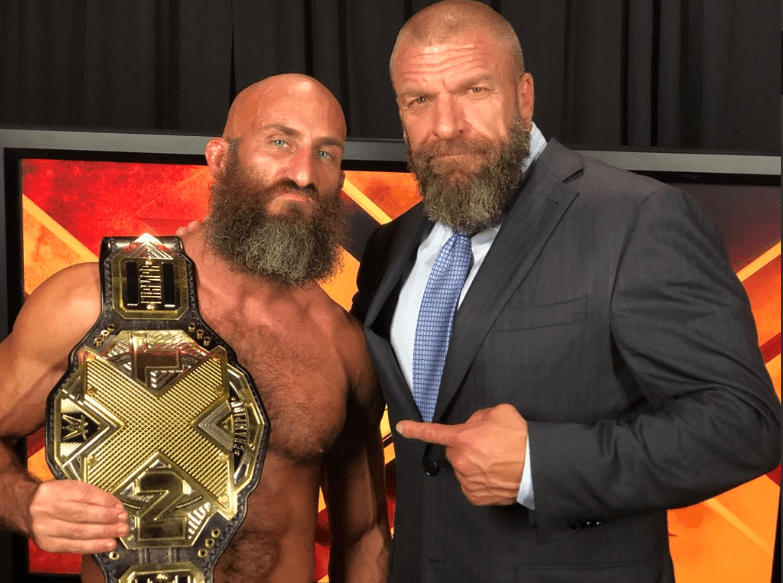 Tommaso Ciampa is currently firing on all cylinders and has become the biggest star in NXT today. No Superstars is safe from the jabs of the self-proclaimed “Greatest Sports Entertainer of all time”, not even Triple H.

After capturing the NXT Title, Ciampa posed with Triple H for a photo since its the tradition with all up and comers who become champions. Triple H posted this photo on Twitter/

… due to EXTREMELY popular demand… here it is. #WeAreNXT@ProjectCiampa @WWENXT pic.twitter.com/E8vNsx2QsJ

Ciampa then went on to make an edit and had a caption of his own in which he mocked his own boss.