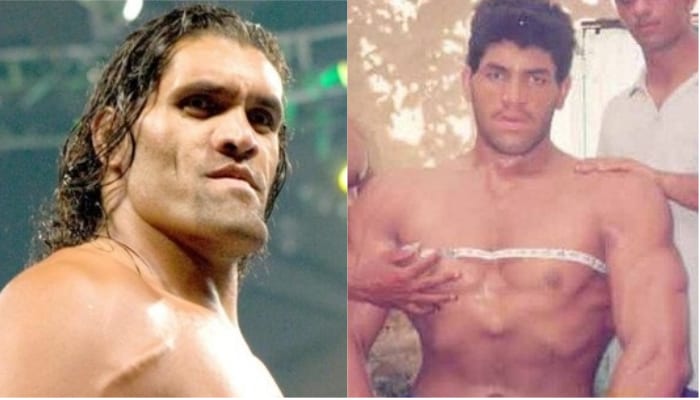 It’s pretty strange to see top names in pro wrestling when they first started, especially when they’re over 7 feet tall. The Great Khali started his pro wrestling career 18 years ago after training in gyms to become a pro wrestler back in India. He was obviously a standout there and caught the eye of the Punjab Police and he moved to the states to start his career in 2000.

Khali recently shared a video of his first pro wrestling match. As you can see, his move set hasn’t changed much aside from facing different people. He competed at the Greatest Royal Rumble, but the 45-year-old giant couldn’t do much except chop some people and take a light bump out of the ring, but when he started at the age of 27, he could do a little bit more.

At this time, Khali is a superstar in India. He parties with ladies and runs his own pro wrestling shows. So it’s really easy to be happy for him at this point considering where he came from.

Everyone has to start somewhere though, and it’s pretty cool to see Khali’s first match.