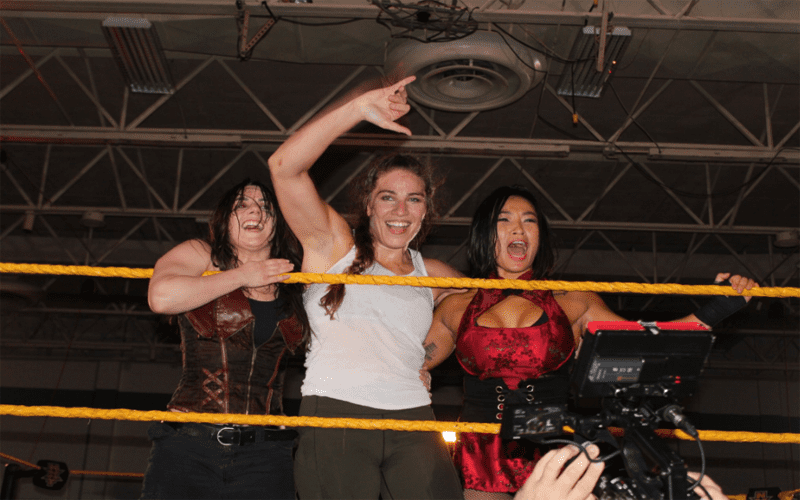 Roderick Strong is no longer the only active wrestler in his family. His wife, Marina Shafir- one of the Four Horsewomen of MMA had her debut WWE match at an NXT live event, and cameras were there to capture every moment.

Shafir made her debut teaming with SAnitY’s Nikki Cross to take on Aliyah and Rhea Ripley during the show in Largo. Her style was said to be very similar to Ronda Rousey. She finished the match with a Package Slam and a Side Choke for the quick tap out.

The user adds that Jessamyn Duke was scheduled to make her debut at the show too,  but did not compete during the night despite being advertised.

Are you excited for Shafir in the company? Do you feel she’ll stick with NXT or head to the main roster? Sound off in the comments below.