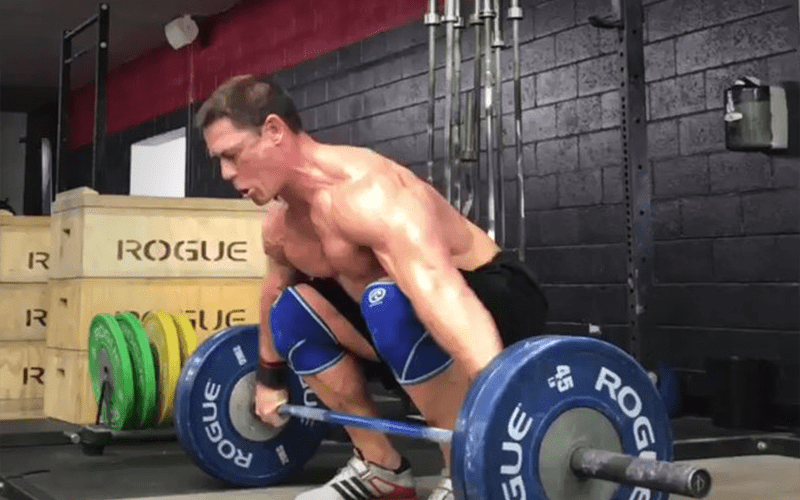 John Cena is a world traveler at this point. He made plenty of miles as a WWE Superstar but his new gig of box office smash also requires a ton of travel.

You never know where Cena will be heading next and he recently took off to go to China. But before he left, he had one more round in the gym.

Cena showed off his weightlifting skills and the blue weights he used as well. He said his mind was with the Blue Brand while he worked out in the gym. Now it’s only a matter of time before we see Cena again, but with his busy schedule, it might not be in a WWE ring. After all, it’s hard to find Cena without a camera around him anymore.

He said it was his last day in the USA which gave him the blues. He’ll likely be back soon enough though even though SummerSlam plans haven’t been announced for Big Match John just yet.

Last day in the states and I got the blues! Thinking of @WWE #SmackdownLive heading back to China for a long trip but will see the @WWEUniverse soon! #NeverGiveUp #SDLive pic.twitter.com/3HP2Xp3teF