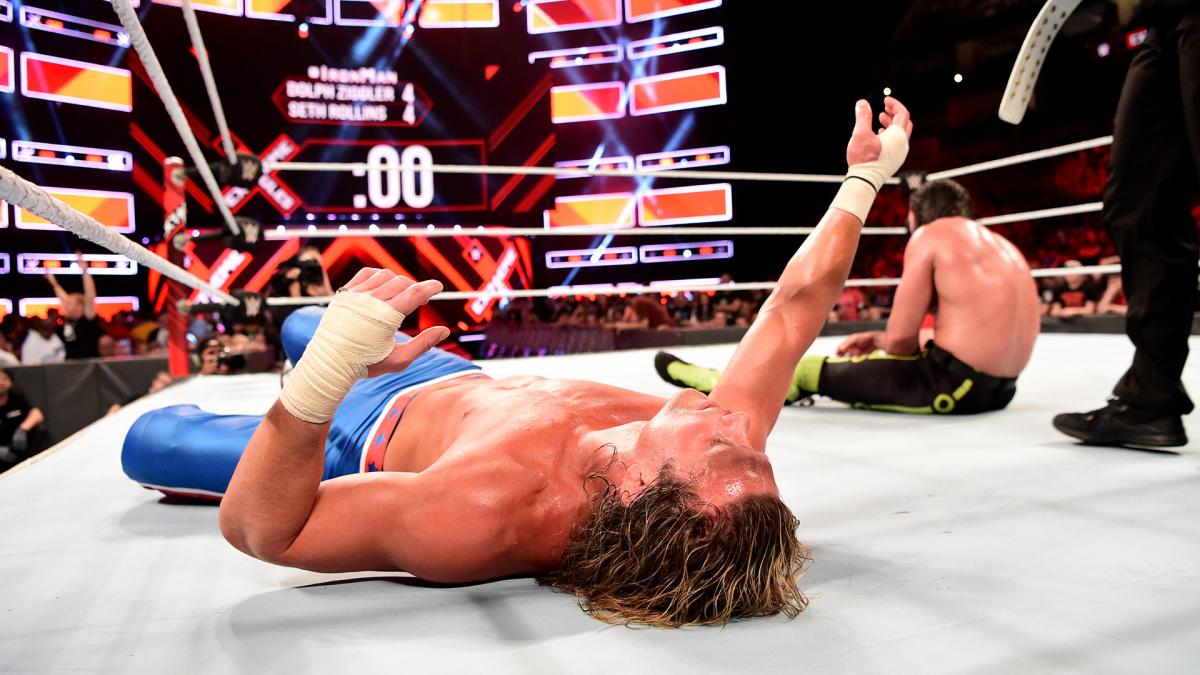 The Architect recently sat down with Lilian Garcia on her latest episode of the Chasing Glory podcast. During their interview, Garcia brought up Seth’s recent Extreme Rules PPV match against Dolph Ziggler, and how that hostile Pittsburgh crowd hijacked most of the 30-minute Iron bout by replicating a Royal Rumble countdown at the end of every minute. We’ve already reported on Rollins and Ziggler’s comments during the matchup, but after being almost two weeks removed from the incident, Rollins was able to retell the story from a different perspective.

Uh, yeah [unintelligble] You know, they started it early on and I was like okay, let’s just do that. They know it’s a 30 minute match, they’re just gonna get it out of their system. And then somebody – I have no idea who or whatever, they made the call to actually take the clock off the ‘Tron. And that, really, that was bad. Then it was like you were taking a toy away from a petulant child and they’re just gonna be a jerk to you about it now. So I was like ‘no, what a terrible, don’t do that – but, oh no.’

I know it really messed with Dolph. He was super out of synch from how he normally is. I was okay. I just let them do their thing. I knew we had 30 minutes and by the end of it, I knew they’d be invested in what we were doing and I think they were. It was okay, it was a weird one though. Sometimes I don’t understand the, ‘I’m gonna be here bored, you’ve been sitting there for 5 hours, just trying to find anything to keep yourself entertained’, but I never understood the concept of coming to the show and doing anything other than watching the show. I don’t know, I can’t imagine it, but whatever. It is what it is.

They pay the money, they can do what they want.

The thing is, there were also a lot of people who paid good money to watch the event, and not get distracted by a silly chant. Even with a lost crowd, Seth and Dolph were able to deliver quite a showing in the main event.