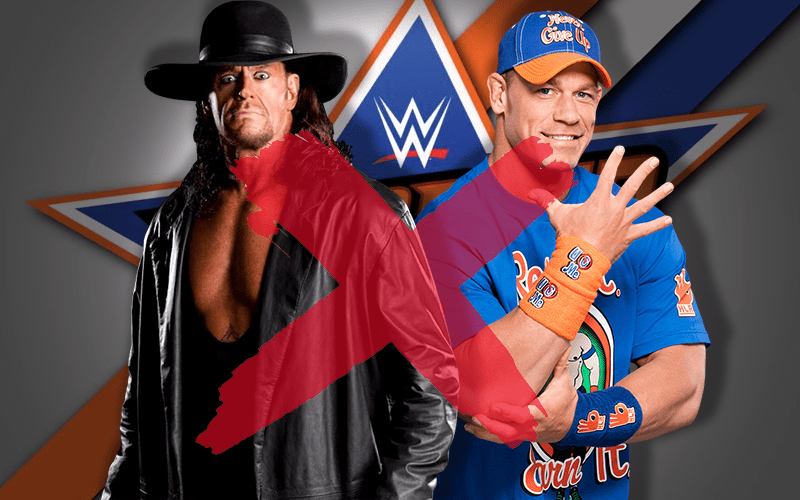 There have been rumors online that a rematch between The Undertaker and John Cena could be taking place at SummerSlam this year but it now appears that it seems less than likely to happen.

Brad Shepard reported on the latest installment of The No Holds Barred podcast that as of a few days ago neither The Undertaker or Cena are a lock for the event. In fact, there is no sign of Cena at all right now.

“There has been a lot of talk about Cena vs. Undertaker the rematch. I talked a source in WWE very recently and so far what I’m being told as of a few days ago was The Undertaker was absolutely not a sure thing as of a few days ago for SummerSlam and as of today there is no sign of John Cena at SummerSlam. So we’ll see if that changes over the next few weeks but that’s what I’ve been told in the last few days.”

SummerSlam is just a few weeks away and things can always change between now and the event. You figured WWE should be starting the build for this marquee match if they plan to have it on the event. We will keep you updated if we receive any additional details on this rumored match.