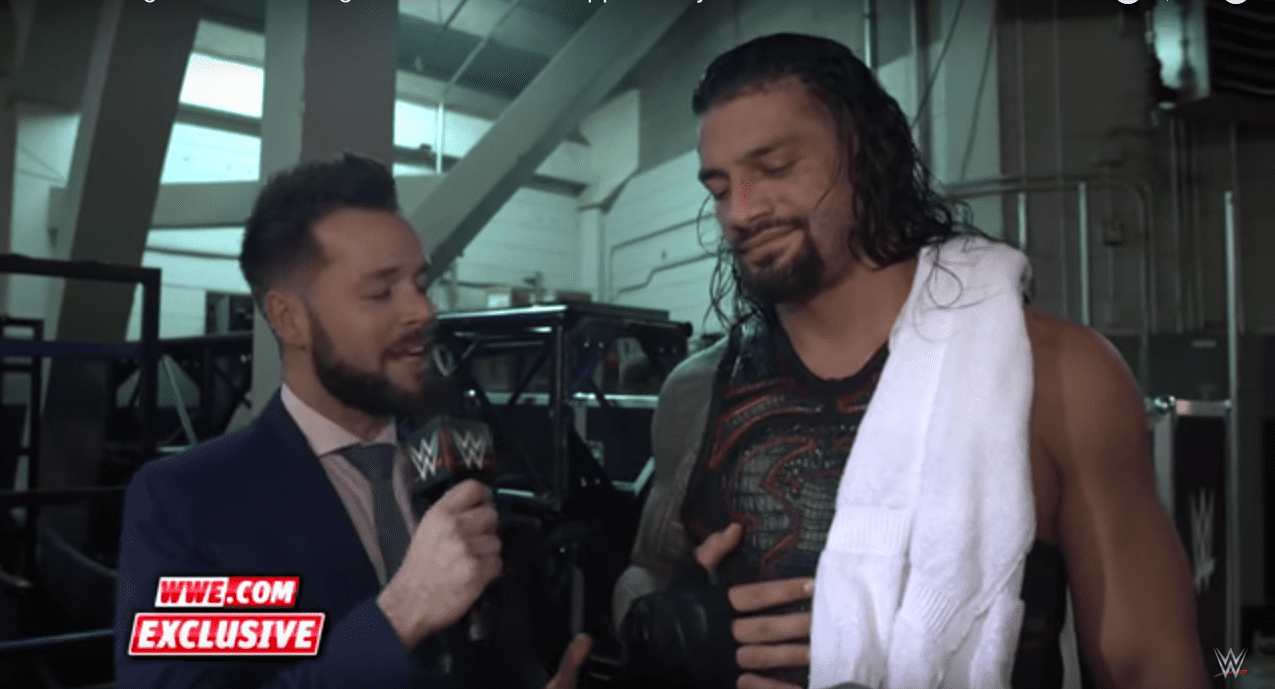 The Big Dog caught up with Mike Rome for an exclusive Post-Raw interview after defeating Bobby Lashley and becoming #1 contender (again) for the Universal Championship. Rome was quick to question Reign’s about Brock Lesnar, and wondered if this opportunity will be the one where he finally slays the Beast.

Roman said he’ll worry about Brock next week, and that tonight, he just wants to party…with THE B-TEAM.

Watch the clip below.