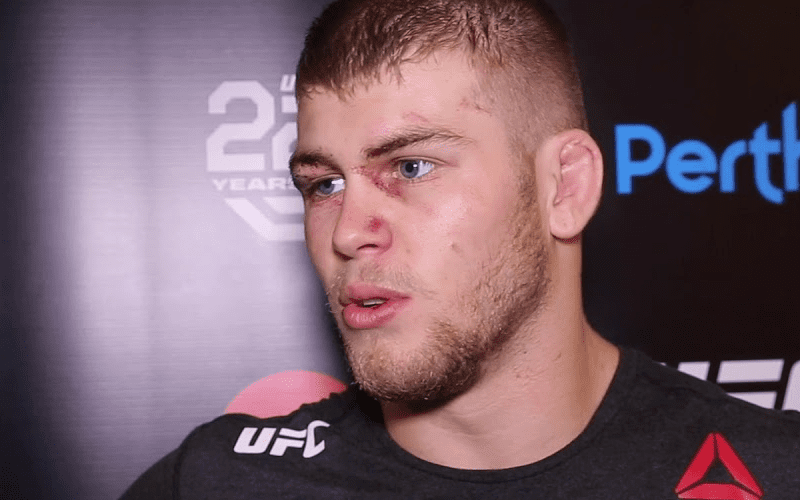 As seen on Twitter, Jake Matthews continues to push Sage Northcutt for an answer regarding a potential welterweight showdown inside the octagon.

The Australian, who holds a 14-3 professional MMA record, followed the same kind of path as Northcutt (11-2) in that he’s made the switch to the 170-pound division after spending the majority of his career at lightweight. Matthews is currently riding a three-fight win streak with his latest win coming via submission over Shinsho Anzai at UFC Singapore, whereas Super Sage knocked out Zak Ottow just 10 days ago in Boise, Idaho.

The above tweet really kickstarted the idea of these two youngsters squaring off, and after a few days of no response from Northcutt, Matthews took to social media once again to question his decision making.

Matthews & Northcutt, 23 & 22 respectively, are considered to be two of the brightest young prospects currently on the UFC roster. They’ve overcome adversity in their own ways inside the octagon, but now, they seem geared up and ready to make big runs towards the top 15 at welterweight.

Courtesy of their hype and youth there’s naturally going to be a series of other fighters foaming at the mouth over the possibility of facing them, and from the UFC’s perspective, you have to question whether or not they’d be willing to pair up two guys who are on such a roll right now.

If this fight does indeed go ahead then the Adelaide event towards the end of the year could be a possible destination for it, especially given that both fighters have competed in the last month and will likely need to take some time to recuperate.