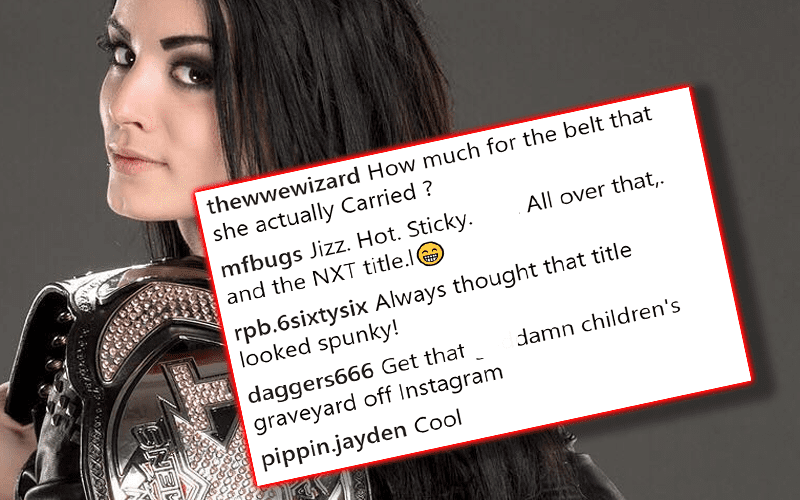 It’s been 5 years since Paige became the first NXT Women’s Champion but that’s not the real story here. WWE updated fans of this event and five-year anniversary and it did not go well at all.

It’s hard to believe how much has happened in 5 years for Paige. She was the first Women’s Champion and Divas’ Champion. Then she joined PCB, Absolution, and so much more.

But unfortunately for Paige, a lot of fans remember her photo and video hack. In one of those videos someone, who happened to be male was doing something to desecrate the NXT Women’s Title.

Therefore, when NXT’s official Instagram shared an Instagram message celebrating the 5-year anniversary of her winning the NXT Women’s Title, it did not go well. Fans commented in droves referencing the NSFW video.